'The overall numbers aren't that different from' October 2020, one expert told Timcast

Less than one-tenth of Americans believe that U.S. democracy is working, according to a new poll.

The poll, conducted by the National Opinion Research Center (NORC) at the University of Chicago, found that 15 percent of Democrats said democracy is working well.

By contrast, only five percent of Republicans and six percent of Independents shared the same outlook.

Over half of all respondents across party lines said that democracy is “not [working] at all” or “not too well.”

Republicans shared the most pessimistic outlook, with 68 percent saying democracy is not working, whereas 49 percent of Independents and 40 percent of Democrats said the same.

Over a third (37 percent) of those polled overall said democracy is working “somewhat well.”

52% say democracy is not doing well in the United States, including 68% of Republicans and 40% of Democrats https://t.co/nidanQlS10 pic.twitter.com/xgVFazKGEE

Though the data might seem alarming in the lead up to a midterm election that could flip both the House and Senate majority, one expert said the latest numbers are not surprising.

“The first time we asked [about whether democracy was working] was about two years ago, right before the presidential election in October 2020,” Marjorie Connelly, NORC’s Senior Fellow in Public Affairs and Media Research, told Timcast. “And the overall numbers aren’t that different from that time.”

While the most recent poll found that faith in a functioning democracy was at nine percent, Connelly said the same question produced an eight percent result last January.

“So, it’s always been pretty low,” she said.

Poll researchers noted there has been “little change” in how the public views democracy during the past two years. However, there is an inverse correlation between two largest political parties since 2020: Democrats who believe democracy is working well has grown from six percent, while the proportion of Republicans who feel the same has declined from 23 percent to five percent.

“If you go into it, the partisan differences are big,” Connelly said. “And we still see this sort of lopsided partisan breakdown, even today.”

However, she added, “even with the partisan differences, the Democrats or the Republicans, when their party was in power, were not like overwhelmingly saying, ‘Oh, yes, democracy is working great because the the candidate I like is in power right now.’ They’re just less likely to say it’s terrible.”

Less than half (47 percent) of adults polled said they have faith their midterm votes will be counted accurately. Democrats have the most confidence, with 74 percent professing trust in the upcoming election. About a quarter of Independents (27 percent) and Republicans (25 percent) have the same confidence.

Forty-five percent of Republicans and 38 percent of Independents reported they have no confidence, or “only a little” confidence, that their vote will count.

Democrats and Republicans expressed approximately the same negative perspective about how leaders are elected within the current political system.

Fifty-eight percent of Republicans say votes cast by people who are ineligible pose a key problem to U.S. elections. Seventy-seven percent of Democrats, however, say states drawing legislative districts that intentionally favor one political party is a major problem.

The Anarchist Handbook author Michael Malice, a political and cultural commentator who is “against democracy,” offered an alternative analysis of the latest poll.

“More often than not, polls are a reflection of whatever the corporate press is instilling panic about at the moment,” Malice told Timcast via email. “Americans have been trained to believe for over two years that ‘our democracy’ (which is always a euphemism for ‘our hegemony’) is under attack. It stands to reason polls would reflect that, just as polling about the environment would be a reflection on how often the environment is an issue in the news versus how poorly the environment is in fact doing.”

The Associated Press-NORC Center for Public Affairs Research poll was conducted using online and telephone interviews with 1,121 adults. The margin of sampling error is ±3.8 percentage points. 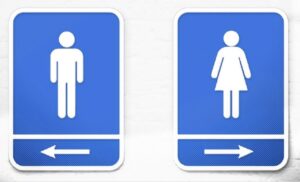