On Tuesday, the complete list of nominees was announced from Hollywood amidst much anticipation following the 2021 award show changes

On Tuesday, Leslie Jordan and Tracee Ellis Ross were in-person to reveal the 2022 Oscar nominees live from Los Angeles.

The Oscars made headlines in 2021 when it closed the broadcast with the Best Actor Award. The award show usually reserves Best Picture as the last award of the evening. The award was given to Anthony Hopkins for his role in The Father.

What drew even more controversy was that viewers expected the change meant that Chadwick Boseman would win for his role in Black Bottom after his recent death.

ABC executive Rob Mills addressed the decision to switch up the order of the presentation.

“There was a lot of really great risks that some might view didn’t pay off,” Mills told Variety. “But it was just great to do something different and not know what was going to happen next — and not have those glazed eyes of, ‘Oh gosh, I’ve seen this before I know exactly what’s going to happen.'”

Mills noted that the changes didn’t only affect the final categories. The entire show had a different flow than previous years.

“The whole show was mixed up,” he added. “I think the point was, sometimes you watch the show, and you feel like, ‘Gosh, I’ve seen this every year.’ So, it really was the, ‘Wow, I really don’t know what’s coming next.’ Some people were upset, some people loved it, and that was really the point that there was no apathy.”

It is unknown if the changes will remain in 2022 or if another shake-up is in store. The 94th Academy Awards will air on ABC Sunday, March 27, at 8 pm ET.

Jane Campion (The Power of the Dog)

Best Actor in a Leading Role

Javier Bardem (Being the Ricardos)

Benedict Cumberbatch (The Power of the Dog)

Denzel Washington (The Tragedy of Macbeth)

Best Actress in a Leading Role

Nicole Kidman (Being the Ricardos)

Best Actor in a Supporting Role

Jesse Plemons (The Power of the Dog)

J.K. Simmons (Being the Ricardos)

Kodi Smit-McPhee (The Power of the Dog)

Best Actress in a Supporting Role

Kirsten Dunst (The Power of the Dog)

The Worst Person in the World

The Power of the Dog (Ari Wegner)

The Tragedy of Macbeth (Bruno Delbonnel)

The Power of the Dog (Peter Sciberras)

“Down to Joy” — Van Morrison (Belfast)

The Eyes of Tammy Faye

The Power of the Dog (Grant Major & Amber Richards)

Shang-Chi and the Legend of the Ten Rings

No Time to Die

No Time to Die

The Mitchells vs. The Machines

Raya and the Last Dragon

Affairs of the Art

Ala Kachuu — Take and Run

The Hand of God

Lunana: A Yak in the Classroom

The Worst Person in the World

The Queen of Basketball

When We Were Bullies

The Power of the Dog (Jonny Greenwood) 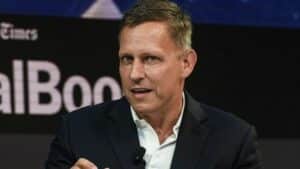