Leaked documents from Customs and Border Protection (CBP) obtained by Fox News’ Bill Melugin reveal that the Biden administration initiated the “mass release” of illegal immigrants into the U.S. after illegal immigration levels surged to record highs in March.

According to Fox News, the documents show that over 160,000 illegal immigrants have been released into the interior of the United States “often with little to no supervision” since March.

“Since March 20, at least 94,570 illegal immigrants have been released into the U.S. with Notices to Report. Those who receive such a notice are only required to check in with an ICE office when they get to their final destination – which could be anywhere across the country. Those who check in are not deported or detained as their immigration proceedings move forward,” Fox News reported.

Additionally, since Aug. 6, the Biden administration has used its power to allow approximately 32,000 immigrants into the United States through parole – granting the migrants a form of legal status and the ability to apply for work permits.

NEW/THREAD: According to Border Patrol documents provided by a source, the federal gov has released over 70,000 illegal immigrants into the U.S. since August 6, including 31,977 released via parole (temp legal status, eligible for work permits).
94,570 released via NTR since 3/20 pic.twitter.com/ag5OMsYw27

The news comes after reports that the Biden administration is preparing for a potential surge of up to 400,000 migrants attempting to illegally cross the southern border in October – a number that would nearly double the 21-year record broken in July of more than 210,000 migrants.

The record-breaking surge in illegal immigration began in March, when migrant encounters by Border Patrol reached their highest point in 20 years. That record was broken again every following month until July. While migrant encounters remained over 200,000 in August, the Biden administration has not yet released numbers for September.

According to the Fox News report, “In both July and August there were more than 200,000 migrant encounters, marking some of the highest numbers in two decades. Since then, migrants have kept coming in large numbers. According to the documents, Rio Grande Valley encountered 5,900 migrants in one week, while Del Rio encountered more than 2,900 in the same period.” 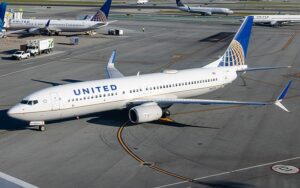