The French presidential election has entered its finals weeks with the leading candidates still working to win voters.

Right-wing politician Marine Le Pen will face off against incumbent President Emmanuel Macron, a recreation of the 2017 election.

A recent Democracy Institute/Sunday Express poll placed Macron in the lead but publishers noted that the “gap between the candidates is small and well within our poll’s margin of error.”

Additionally, the poll found that the number of undecided voters was still high.

“When those undecided voters finally make up their minds, their decisions could turn a narrow Macron win into a comfortable triumph; or, they could move in Le Pen’s direction to give the right-wing populist an upset victory,” reported Express.

In recent weeks, Le Pen recommitted to her controversial proposal to fine women who wear headscarves in public spaces. If enacted, the policy is expected to be challenged in court.

“People will be given a fine in the same way that it is illegal to not wear your seat belt. It seems to me that the police are very much able to enforce this measure,” she said during an interview with RTL radio on April 7.

Her comment was a softer version of her initial statements proposing the ban.

“I consider that the headscarf is an Islamist item of clothing,” Le Pen explained during a press conference in Jan. 2021.

France has Europe’s largest Muslim population. While the nation guarantees the right to practice religion, the government regards itself as a secular “democratic and social republic. The “loi sur la séparation de l’Église et de l’État” (Law on the Separation of the Church and State) has been in place since 1905 and “returned all religions to the private sector and established state secularism in the public sphere.”

Under French law, religious symbols are not permitted in public institutions, such as public schools.

Le Pen supporters have discussed the ban with the media in recent days following the first round of voting.

Louis Aliot, the mayor of Perpignan, told France Inter radio that the ban would be implemented progressively and that it could help prevent the spread of “Islamism.”

The explanation was echoed by Frejus mayor David Rachline.

“We don’t want to attack people… all those women wearing a hijab are not Islamists,” he said, per Reuters.

While Macron won the first round of voting on April 10, the headscarf ban has not significantly damaged Le Pen’s chances of being elected.

An April 7 poll from Reuters found that 54% of French voters supported Macron and 46% supported Le Pen.

Jean-Luc Melenchon, a former member of the French Socialist Party, took 22% of the vote and conservative Eric Zemmour came in fourth with 7.1%.

“The far-right represents a danger for our country. Don’t just hiss at it, knock it out,” Macron said to his supporters at an April 16 rally.

The second round of voting takes place on April 24. 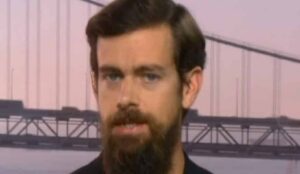