The lawsuit was filed by a woman named Frances Wood, a customer experience program manager, who was fired in June after working for the airport authority for nine years.

Wood believes that she was terminated for venting about how she was treated poorly because she was white. She says that she was also labeled a “racist” for recommending that two black employees who weren’t showing up to work be fired.

“Upon hearing that (Wood) was dissatisfied with being discriminated against and her second-class status as a white woman within the department, Donerson immediately terminated (her),” the lawsuit states.

The lawsuit accuses the airport authority of making race the top factor in “all employment decisions.” It also claims that black employees have been “immune to criticism” and white people are relegated to “second class status.”

According to a report from Detroit Free Press, the lawsuit details that white employees were called “racist” over legitimate business decisions, kept out of business meetings, and preferential treatment was given to black workers because of their race.

“The effect has been Black employees are now immune to criticism, while white employees are expected to accept their relegation to second class status or face retaliation,” the lawsuit says.

The DFP report says that “Woods maintains in her lawsuit that while she ‘fully supports lawful efforts to encourage diversity in the workplace,’ the airport board and management ‘have crossed the line of lawful encouragement of diversity into illegal discrimination.'”

The airport has not commented, citing the pending litigation.

Editor’s Note: A previous version of this article said the airport was located in Detroit when, in fact, the airport is in Romulus, Michigan. 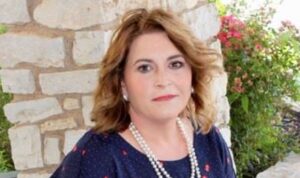