Police in Michigan are looking into the sale of a voting machine on eBay, the e-commerce website.

The voter assist terminal is designed to help voters, especially those with disabilities, to privately cast their ballots.

“We are actively working with law enforcement to investigate allegations of an illegal attempt to sell a voter assist terminal acquired in Michigan,” said Secretary of State Jocelyn Benson in a statement on Sept. 1.

She noted that this type of machine is not used to count ballots.

“While our elections remain secure and safe, we take seriously all violations of election law and will be working with relevant authorities to ensure there are consequences for those who break the law,” said Benson.

The touchscreen VAT machine had been reportedly dropped off at a Goodwill store in Cadillac, Michigan. Ean Hutchison of Ohio purchased the machine from Goodwill Industries for $8 and subsequently listed it on eBay, with the message “Own a piece of history!” in the description.

“I have a knack for finding hidden gems really cheap and turning a quick profit,” Hutchison told CNN. “I wasn’t even aware that they were supposed to be sold, let alone donated to Goodwill.”

“The sale of voting machines and related equipment is prohibited under eBay’s government items policy,” an eBay spokesperson told the outlet. “We will cooperate with law enforcement in their investigation.”

The device was sold to a cybersecurity expert, Harri Hursti, in Connecticut for $1,200. After the sale, Hursti contacted the authorities and was told not to open the box.

The machine originally came from Colfax, a town in Wexford County in Northwestern Michigan. County Clerk Alaina Nyman said that an investigation into the matter was ongoing.

“The county is working diligently with the Michigan State Police to ensure this matter is handled accordingly,” Nyman told Cadillac News.

“No election data was on it and you can’t get into the machine without the program cards and those were all accounted for,” she added.

Colfax Township Clerk Becky Stoddard also told the outlet that no election data was on the machine.

“It was never used by the public and I’m the only person who voted on it in six or seven years,” said Stoddard. “The MSP is investigating and I’m not sure what happened.”

UPI notes that “Michigan, which is typically considered a battleground state in state and federal elections, has been investigating possible unlawful conduct with regard to illegal access to voting machines.”

While authorities are unsure when the VAT went missing, they believe it was stolen prior to the state primaries on Aug. 2. 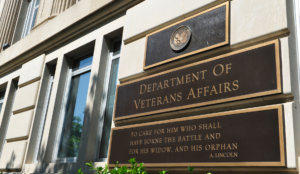