The conservative billionaire Koch network is taking a surprising stand against banning the teaching of Critical Race Theory in public schools.

The issue has become a major focus for conservatives, most of whom oppose the teachings due to the fact that it teaches people to view every situation or person through a racial lens. Critics believe that it is divisive because it scapegoats white people, particularly men and boys, for all of society’s ills.

Defenders of CRT argue that students must be taught that racism is systemic in society and permeates the U.S. legal system in order for there to be equality.

Leaders in the Koch network just believe that taxpayer funded teachers should be free to tell your children whatever they want, according to a report from Click Orlando on Wednesday.

“Using government to ban ideas, even those we disagree with, is also counter to core American principles — the principles that help drive social progress,” Evan Feinberg, executive director of the Koch-affiliated Stand Together Foundation, told Click Orlando.

The report adds that “while they note they don’t agree with the ideas at the center of the fight, they argue the government bans, now enacted in 11 states, stifle debate essential to democracy.”

Back in May, the Charles Koch Foundation’s Vice President of Philanthropy Charlie Ruger published a letter in The Chronicle of Higher Education declaring that bans on CRT are violating the freedom of expression.

“Both learning and research require openness to new ideas and the ability to argue productively,” Ruger wrote. “That requires standing against censorship.”

“David and Charles Koch have been patiently reshaping the Republican Party and conservatism in America since at least the 1970s,” Christopher Leonard, who wrote a book about Koch Industries, told USA TODAY after the death of David Koch. “To do that, they’ve built a political influence machine that is unrivaled in America.”

Currently, the Koch network is funding multiple organizations that are on the frontlines in the fight against CRT in schools. The donations were awarded before the issue became a Republican priority, according to the Click Orlando report.

It is currently unclear if they will continue funding groups who have prioritized the fight against CRT in the future. 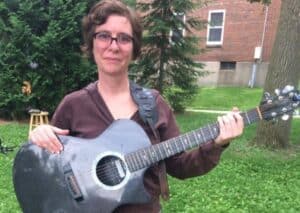