Queen Elizabeth II’s son has released his first public statement as the new King of England.

King Charles the III – formerly known as Charles, Prince of Wales — ascended to the thrown following his mother’s death on Sept. 8.

Her family gathered at Balmoral Castle in Scotland, where the queen had been living due to mobility issues. Balmoral was the queen’s private residence. She was 96 at the time of her death.

“The death of my beloved Mother, Her Majesty The Queen, is a moment of the greatest sadness for me and all members of my family,” King Charles III said in a statement released to the public, per Newsweek. “We mourn profoundly the passing of a cherished Sovereign and a much-loved Mother. I know her loss will be deeply felt throughout the country, the Realms and the Commonwealth, and by countless people around the world.”

“During this period of mourning and change, my family and I will be comforted and sustained by our knowledge of the respect and deep affection in which The Queen was so widely held,” the 73-year-old added.

In February of 2022, Queen Elizabeth announced it was her “sincere wish” that Charles would become king and that his wife, Camilla, would serve as Queen Consort.

Charles and Camilla will travel to Buckingham Palace from Scotland on Sept. 9. The king is expected to subsequently deliver a televised address to the nation.

British Prime Minister Liz Truss, who met with Queen Elizabeth on Sept. 7 to be officially installed in her new position, said the queen’s reign was the foundation of the “modern, thriving, dynamic nation.”

“Queen Elizabeth II was the rock on which modern Britain was built. Our country has grown and flourished under her reign,” Truss said outside of No. 10 Downing Street. “Britain is the great country it is today because of her.”

“Her life of service stretched beyond most of our living memories. In return, she was loved and admired by the people in the United Kingdom and all around the world,” she added. “She has been a personal inspiration to me and to many Britons. Her devotion to duty is an example to us all.”

“And with the passing of the second Elizabethan age, we usher in a new era in the magnificent history of our great country,” Truss said.

In a multi-part thread on Truth Social, former President Donald Trump said, “Queen Elizabeth’s historic and remarkable reign left a tremendous legacy of peace and prosperity for Great Britain. Her leadership and enduring diplomacy secured and advanced alliances with the United States and countries around the world.”

“She will always be remembered for her faithfulness to her country and her unwavering devotion to her fellow countrymen and women,” he wrote. “Melania and I will always cherish our time together with the Queen, and never forget Her Majesty’s generous friendship, great wisdom, and wonderful sense of humor.”

“What a grand and beautiful lady she was—there was nobody like her!” said Trump.

He added that King Charles III would be a “Great and Wonderful King” who “dearly loves the United Kingdom and all that it represents to the World.”

In a statement released by the White House,  President Joe Biden and First Lady Jill Biden said the queen “defined an era.”

“In a world of constant change, she was a steadying presence and a source of comfort and pride for generations of Britons, including many who have never known their country without her,” said the Bidens. “Queen Elizabeth II was a stateswoman of unmatched dignity and constancy who deepened the bedrock Alliance between the United Kingdom and the United States.”

“In the years ahead, we look forward to continuing a close friendship with The King and The Queen Consort,” the statement added.

Queen Elizabeth was Britain’s longest-reigning Monarch. Upon the passing of her father, King George VI, in 1952, she became the Queen of England – a title she held for the next 70 years. She was 26 years old at the time.

Her passing comes just over a year after the death of her husband of 74 years, Prince Philip. 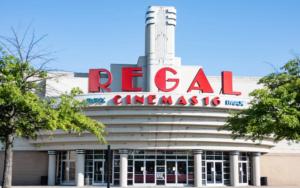