Ketanji Brown Jackson To Be Confirmed To The Supreme Court Thursday

The procedural vote by the senate to end the debate on her nomination will take place at 11 a.m.

On the Senate floor Wednesday, Schumer gave his final remarks on the confirmation process ahead of the Thursday vote.

“Judge Jackson’s confirmation will be a major step towards achieving that goal, and I so look forward to finishing the work to confirm this most qualified, most deserving, most historic nominee,” he concluded.

Jackson’s appointment will be historic. Besides being the first black woman on the Supreme Court, Jackson will be the first Supreme Court Justice to have served as a public defender.

Jackson’s nomination included multiple moments of tension with Republican senators. However, she was widely expected to be confirmed from the very beginning.

Senate Democrats could confirm her on their own as long as all 50 members support Jackson, as is expected.

In addition to a unanimous vote from all Democratic senators, the following three Republican senators are set to vote for Jackson as well: Susan Collins of Maine, Lisa Murkowski of Alaska, and Mitt Romney of Utah.

While previous senate rules required a minimum 60 count vote to avoid a filibuster in the confirmation of judges, in April 2017, the Republican-majority Senate changed the rules, allowing the approval of Supreme Court justices by majority vote, securing the confirmation of Justice Neil Gorsuch. 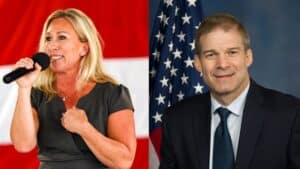