Ketanji Brown Jackson was sworn in as the 116th Supreme Court Justice on June 30, 2022.

Justice Jackson, 51, has filled the seat vacated by the retiring Justice Stephen Breyer, 83.

Justice Breyer, whom Justice Jackson once clearked for, served 28 years on the bench.

Sen. Murkowski said she was voting with the Democrats as a “rejection of the corrosive politicization of the review process for Supreme Court nominees.”

Justice Jackson served less than two years on the DC Circuit Court after eight years as a federal district judge in DC.

During her Constitutional Oath before Chief Justice John Roberts, Justice Jackson solemnly swore to defend the Constitution “against all enemies, foreign and domestic,” and “bear true faith and allegiance to the same.”

In the Statutory Oath, delivered by Justice Breyer, Justice Jackson swore to “administer justice without respect to persons, and do equal right to the poor and to the rich.”

Justice Jackson was accompanied by her husband Patrick Jackson and their two daughters, Talia and Leila.

In a statement released after being sworn in, Justice Jackson said, “With a full heart, I accept the solemn responsibility of supporting and defending the Constitution of the United States and administering justice without fear or favor, so help me God. I am truly grateful to be part of the promise of our great Nation. I extend my sincerest thanks to all of my new colleagues for their warm and gracious welcome.”

Justice Jackson now joins Justices Sonia Sotomayor and Elena Kagan to make up the liberal minority. There is currently a supermajority of six conservative justices. 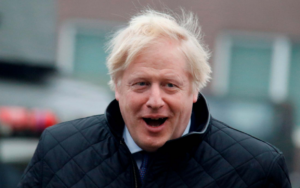