Governor Beshear said the legislation is most likely 'unconstitutional,’ but his veto faces an override next week in the state's General Assembly

On Friday, Kentucky Governor Andy Beshear vetoed an abortion bill that aimed to ban most abortions after 15 weeks of pregnancy, restrict access to medication abortion, and make it more difficult for a minor to obtain an abortion.

House Bill 3 would put several restrictions on drugs used in a medication abortion. According to the bill, mifepristone can’t be prescribed to a person without obtaining their “informed consent” at least 24 hours prior, including signing a document “created by the cabinet.”

The proposed legislation does not include exceptions for cases of rape or incest.

Beshear said that the legislation is “likely unconstitutional” in his veto letter signed Friday.”

“Rape and incest are violent crimes,” said Beshear. “Victims of these crimes should have options, not be further scarred through a process that exposes them to more harm from their rapists or that treats them like offenders themselves.”

The governor noted that the bill would make it more difficult for girls under 18 to access abortion without notifying both parents. For example, Beshear said that a girl impregnated by her father would have to inform him of her intent to get an abortion, according to House Bill 3.

Opponents of the Kentucky bill say its conditions are so demanding that no abortion clinic could comply.

“House Bill 3 has nothing to do with improving patient safety; it’s just another way for extreme Kentucky politicians to push their political agenda at the expense of their constituents’ lives,” said Samuel Crankshaw, communications manager for the American Civil Liberties Union of Kentucky.

The state Republican Party criticized Beshear for the veto. GOP spokesperson Sean Southard said Beshear’s veto was “the latest action in his ideological war on the conservative values held by Kentuckians.”

Kentucky’s General Assembly could override the veto next week with “a constitutional majority of 51 votes in the House of Representatives and 20 votes in the Senate,” Crankshaw said.

Kentucky is not the only state pushing for more strict abortion laws. Texas and Idaho recently passed controversial legislation that allows private citizens to sue anyone who performs, aids, or abets an abortion in the circumstances outlined in legislation. Both Texas and Idaho laws prohibit abortions after six weeks of pregnancy. 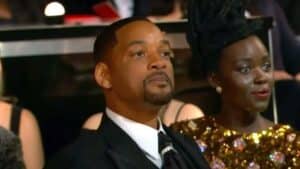 Will Smith Banned From Oscars For Ten Years