Kentucky Democratic Senate nominee Charles Booker has released a new campaign ad in which he is wearing a noose to criticize Sen. Rand Paul.

Sen. Paul had opposed a 2020 bill making lynching a federal hate crime out of concern that the broad wording would be abused to give harsh penalties for minor infractions.

“This bill would cheapen the meaning of lynching by defining it so broadly as to include a minor bruise or abrasion,” Sen. Paul said of the bill at the time. “Our national history of racial terrorism demands more seriousness of us than that.”

The ad, titled “Pain of Our Past,” begins with an image of a noose swinging from a tree.

“The pain of our past persists to this day,” Booker says as it cuts to an image of a prop gallows used during the January 6 protest at the US Capitol.

Booker continues, “in Kentucky, like many states throughout the South, lynching was a tool of terror. It was used to kill hopes for freedom.”

“It was used to kill my ancestors,” Booker says, as the video cuts to him speaking with the noose around his neck. “Now, in a historic victory for our commonwealth, I have become the first Black Kentuckian to receive the Democratic nomination for US Senate.”

“My opponent: the very person who compared expanded health care to slavery, the person who said he would have opposed the Civil Rights Act, the person who single-handedly blocked an anti-lynching act from being federal law,” Booker continued. “The choice couldn’t be clearer.”

Sen. Paul has supported, and is cosponsoring, the latest iteration of the bill after working with Democrat Senator Cory Booker and Republican Senator Tim Scott to strengthen the language.

Sen. Booker has praised the Kentucky senator for his work on the legislation, which is titled the Emmett Till Antilynching Act.

“The effort to pass anti-lynching legislation has spanned more than a century. After 200 failed attempts, Congress is now finally prepared to reckon with America’s history of racialized violence,” said Sen. Booker in a press release in March. “I am proud to announce Senators Paul and Warnock as cosponsors of the Emmett Till Antilynching Act. Their support underscores the bipartisan backing that we have to finally meet this moment and help our nation move forward from some of its darkest chapters.”

When contacted by Timcast for comment about the ad, Sen. Paul’s Deputy Campaign Manager Jake Cox referred to Booker’s commentary as a “desperate misrepresentation of the facts.”

“Dr. Paul worked diligently with Senators Booker and Scott to strengthen the language of this legislation and is a cosponsor of the bill that now ensures that federal law will define lynching as the absolutely heinous crime that it is. Any attempt to state otherwise is a desperate misrepresentation of the facts,” Cox said. 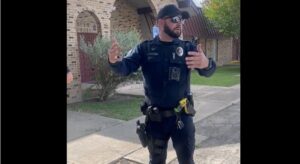