Vice President Kamala Harris’ response to a reporter’s question about Americans stranded in Afghanistan has raised more than a few eyebrows.

Harris has been out of public view and silent about the Taliban take over in Afghanistan.

When asked about the Americans who have not yet been evacuated as she was departing for Singapore on Friday, Harris let out her signature nervous laughter.

“Hold on, hold on, slow down, everybody,” she said, struggling to contain the giggles. “Hahaha. Um, I want to talk about two things. First, Afghanistan — we couldn’t have a higher priority right now.”

“And in particular, our priority is making sure that we safely evacuate American citizens, Afghans who worked with us, Afghans at risk including women and children — and that is one of our highest, if not the highest priority right now.”

WATCH: Kamala Harris laughs when a reporter starts to ask her about Americans trapped in Afghanistan pic.twitter.com/7863Seq36C

Harris did not let the reporter finish their question.

The Republication National Committee promptly seized on the awkward moment, sending out the clip from their RNC Research Twitter account.

In April, Harris claimed that she had a key role and was “the last person in the room” when Biden chose to remove US troops from Afghanistan.

Vice President Harris says she was the last person in the room with President Biden when he made the Afghanistan troop withdrawal decision: “I have seen him over and over again make decisions based exactly on what he believes is right” #CNNSOTU https://t.co/JEsNtFZsgq pic.twitter.com/BSRcc25J8s

The video of Harris laughing off the chaos was released hours after President Joe Biden laughed about his tanking poll numbers during a White House press conference about the Afghan crisis and Tropical Storm Henri.

He laughs, denies seeing the poll, and cites statistics of total dead and wounded in Afghanistan, from a notecard. pic.twitter.com/VbUg9Acw8c

Harris will be going to California to campaign for Gavin Newsom as the crisis in Afghanistan continues to unfold. She will be speaking at an event for him on the 27th.

“I am excited to join my friend and our Vice President next week,” Newsom said in a statement, according to the Chronicle. “The stakes of this election couldn’t be higher.”

According to a newly released Rasmussen Reports poll, 55 percent of Americans do not believe that Harris is qualified to be president of the United States. 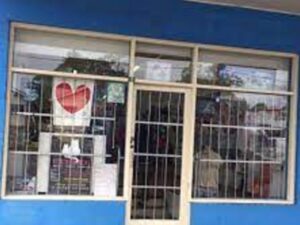