Justice Samuel Alito spoke publicly for the first time about the state of the Supreme Court following public outcry at the likely overturn of Roe v Wade.

During a remote appearance for George Mason University’s Antonin Scalia School of Law, Alito was asked how he was doing following the draft opinion.

“The court right now, we had our conference this morning, we’re doing our work,” Alito told the reporter. “We’re taking new cases, we’re headed toward the end of the term, which is always a frenetic time as we get our opinions out.”

The virtual event comes a week after Alito, who wrote the majority opinion, canceled an appearance in Nashville due to security concerns.

Written as part of Dobbs v Jackson Women’s Health Organization, the draft indicates the court would officially overturn the landmark decision that legalized the opinion. The court would return the right to regulate abortion to the individual states.

The May 2 leak of the draft led to a nationwide public outcry from abortion activists as well as celebrations from anti-abortion groups.

The day after Politico published the draft, Chief Justice John Roberts confirmed the document’s validity and called the leak a “betrayal of the confidences of the court.”

“This was a singular and egregious breach of that trust that is an affront to the court and the community of public servants who work here,” Roberts said in a statement.

NBC News reports that – once the court’s decision is official – 23 states may ban abortion according to data from the Center for Reproductive Rights.

Protestors gathered outside of the private residences of Justices Roberts, Alito, Brett Kavanaugh and Amy Coney Barrett in opposition to the possible end of federally legalized abortion.

As concern for the safety of the justices and their families mounted, the Senate approved round-the-clock protection for the justices, their spouses, and immediate families.

Anthony Coley, a spokesman for the Department of Justice, said that Attorney General Merrick Garland was being kept abreast of “security matters related to the Supreme Court and Supreme Court Justices.”

“The Attorney General directed the U.S. Marshals Service to help ensure the Justices’ safety by providing additional support to the Marshal of the Supreme Court and Supreme Court Police,” Coley said in a statement on May 11.

All nine justices, which are currently under extra security, met for the first time since the leak on May 12. No aides or staff were permitted to attend the meeting, per ABC News.

An eight-foot fence was erected around the Supreme Court, the planned site of a pro-abortion protest currently set for May 14.

The Supreme Court is scheduled to complete its current term in the next eight weeks. 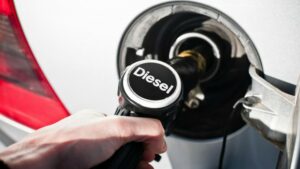