“On October 20, de Blasio imposed the order that required all city employees to have at least their first shot by October 29, or face being suspended without pay. It affected roughly 160,000 employees and was met with much opposition. Police and firefighter union leaders warned that the rule would lead to staff shortages,” reports Newsweek.

“On Monday, de Blasio announced a vaccine mandate for private sector workers, which was expected to take effect on December 27 and apply to roughly 184,000 businesses, according to a statement from the City of New York,” adds the magazine.

The Mayor released a statement on the impending legal challenges to his order.

“New York City will not give a single inch in the fight against COVID-19. Vaccination is the way out of this pandemic, and these are bold, first-in-the-nation measures to encourage New Yorkers to keep themselves and their communities safe.

“From workplace mandates, to $100 incentives, to mobile and at-home vaccination offerings, no place in the nation has done more to end the COVID era. And if you have not taken this step yet: there’s no better day than today to stand up for your city.”

Read the full report at Newsweek. 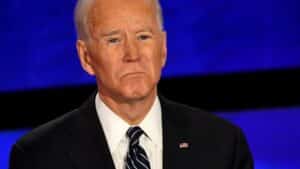