A 64 percent majority of Democrats want someone other than President Joe Biden to be their party’s nominee in 2024, according to a new poll.

The poll, which was conducted by New York Times/Siena College, found that just 26 percent of Democrats want Biden to run again.

Currently, Biden has an extremely low 33 percent job-approval rating. Just 13 percent of American voters told the pollsters that they believe the nation is on the right track, the lowest point in Times polling other than during the financial crisis a decade ago.

In their report on the poll, the Times referred to his approval as “perilously low” and noted “Republican opposition is predictably overwhelming, but more than two-thirds of independents also now disapprove of the president’s performance, and nearly half disapprove strongly.”

“Among fellow Democrats his approval rating stands at 70 percent, a relatively low figure for a president, especially heading into the 2022 midterms when Mr. Biden needs to rally Democrats to the polls to maintain control of Congress,” the report added. “In a sign of deep vulnerability and of unease among what is supposed to be his political base, only 26 percent of Democratic voters said the party should renominate him in 2024.”

Biden is doing particularly poorly among young Democrats under the age of 30 — 94 percent of whom said they want a different nominee.

Despite the clear lack of enthusiasm and support, Biden has said that he intends to run for re-election. He is currently the oldest president in American history and will be 80-years-old in 2024.

Biden’s age is the top reason for wanting a different candidate, being cited by 33 percent of those polled. In a close second, 32 percent of voters said that they want a new nominee due to his job performance.

Kelly King, 38, a Democrat former factory worker in Greensburg, Indiana, told the pollsters that “we’re barely able to buy what we need.”

“He hasn’t done what I think he’s capable of doing as president to help the American people. As a Democrat, I figured he would really be on our side and put us back on the right track. And I just feel like he’s not,” King said.

Now, King hopes Republicans win the midterms so that they can “course correct.”

While the economy was “extremely important” to 75 percent of the voters polled, only one percent rated the nation’s economic conditions as “excellent.”

“Among those who are typically working age — voters 18 to 64 years old — only 6 percent said the economy was good or excellent, while 93 percent rated it poor or only fair,” the report said. 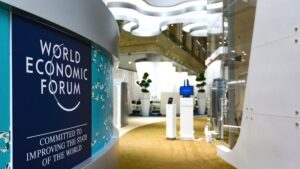