On Friday, Jussie Smollett released a song that repeats his claims of innocence in a hoax attack controversy that resulted in his conviction.

Smollett announced the song, “Thank You God,” in an Instagram post where Smollett says he is channeling his thoughts in the “best way I know how.”

In the rap song, Jussie sings, “Some people chasing that clout / Just remember this … this ain’t that situation / You think I’m stupid enough to kill my reputation?”

The lyrics continue, “It’s like they’re hell-bent on not solving the crime / Taking out the elements of race and trans and homophobia that’s straight taking lives / But turn around and act like I’m the one that killed the strides.”

Smollett dedicated the song to “the people who kept it real, who kept it true.” The disgraced actor says he’s donating all profits from the song to the Rainbow Push Coalition, Secure the Bag Safety, and the Illinois Innocence Project.

After Smollett was sentenced to 150 days in jail for carrying out his hate crime hoax, he was released in mid-March on a $150,000 bond while awaiting the attempted appeal of his conviction.

In December of 2021, he was found guilty of five counts of disorderly conduct for lying to the police. On Jan. 29, 2019, Smollett falsely reported to police that he had been the victim of a racist and homophobic assault. Investigators concluded it was a hoax directed by the actor himself, in which he hired two Nigerian brothers to help stage the attack.

Since his conviction and sentencing, many celebrities have continued to support with Smollett.

“He is adamant that he’s telling the truth. Also, everyone that I know who knows him says that he is not the kind of person who would make up such a horrible and awful thing,” said actor and director Tyler Perry, though he admitted the “evidence seems to state otherwise.”

Taraji P. Henson, Smollett’s Empire co-star, compared his case to lynching victim Emmett Till in an Instagram post with the hashtag “#FreeJussie.” 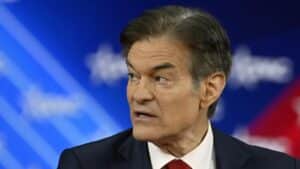