Jury screening will begin again in the trial of a man who pleaded guilty to murdering 17 people at a Florida high school after the judge granted a motion filed by the prosecution.

Circuit Judge Elizabeth Scherer agreed she should have questioned 11 people considered for the trial’s jury who said they would not follow the law prior to being dismissed.

“With the previous four groups and every group since, Scherer only asked potential jurors if they knew Cruz or any of the attorneys and if they had any personal or work hardships that would make it impossible for them to serve from June through September,” reports Click Orlando. “With the fifth group, however, she also asked if any of the candidates would not follow the law if chosen. A couple of people put up their hands, then a couple more until soon there were 11 hands held aloft.”

They left the courtroom after Scherer’s April 5 question despite an objection from the defense. They were expected to be summoned to court on April 25 for additional questioning.

Prosecutor Carolyn McCann said the jurors were improperly dismissed, but conceded that bringing them back next week for additional questioning could take time and impact the partiality of the jury pool.

Cruz’s public defender, Melisa McNeil, argued the judge should delay her decision until the afternoon so both sides could conduct further research.

While Scherer sided with the prosecution, she said she would be open to reconsidering if the defense presented a strong argument later in the day.

Attorneys for both Nickolas Cruz’s defense and the prosecution have spent the last two weeks screening over 1,200 potential jurors. As a result of Scherer’s decision, the court will not recall the 250 potential jurors who said they could sit for the four-month trial.

“Cruz plead guilty to 17 charges of murder and 17 charges of attempted murder following the mass shooting at Marjory Stoneman Douglas High School in Parkland on February 14, 2018,” per NBC Miami.

The 12-member jury will be tasked with deciding if Cruz should receive the death sentence or life in prison without parole for his crimes.

The jury selection issue is the latest delay in the case. Opening statements had been scheduled for mid-June after the original May 31 start date was delayed.

For Cruz to be sentenced to execution, the jury must reach a unanimous decision. 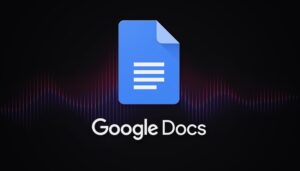