Judge Rules Trump's White House Records Can Be Given to Jan. 6 Committee

US district judge Tanya Chutkan has ruled that hundreds of pages of White House records from the Trump administration can be turned over to the House committee investigating the Capitol protest on January 6.

Former President Donald Trump had been invoking executive privilege protections in an attempt to block the release of at least 750 pages of records.

The records the committee is requesting include extremely sensitive information including visitor logs, telephone records, as well as documents from the files of Trump’s former White House chief of staff Mark Meadows and the former deputy White House counsel Patrick Philbin.

“The court holds that the public interest lies in permitting – not enjoining – the combined will of the legislative and executive branches to study the events that led to January 6,” Chutkan wrote in her 39-page opinion.

The Guardian reports, that “the Biden administration has already waived executive privilege for all of the documents in the first tranche of records requested by the select committee, but Trump sued the panel and the National Archives last month in an attempt to halt their release.”

The committee has been attempting to obtain the records for weeks in their attempt to investigate Trump’s involvement in the protest and whether or not he had advance knowledge that it was going to take place.

Attorneys for Trump have asserted that they will be appealing the ruling.

Mississippi Democratic Congressman Bennie Thompson said in a statement that he authorized the subpoenas so they can “know precisely what role the former president and his aides played in efforts to stop the counting of the electoral votes.”

The officials have until November 23 to produce the documents that have been requested and depositions have been scheduled to take place through December. 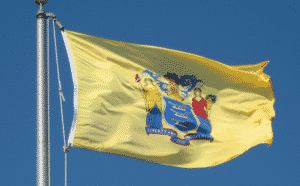 Ciattarelli Campaign Weighed In On Possible Recount in New Jersey