A New York Judge has denied the Royal's attempt to dismiss the lawsuit from accuser Virginia Guiffre, alleging sexual abuse by the Prince

On Wednesday, a federal judge in New York denied a motion to dismiss a lawsuit against Prince Andrew filed by Virginia Giuffre.

Giuffre filed a civil suit against the Duke of York alleging sexual assault by the royal when she was a teenager. Prince Andrew has consistently refuted the claims.

“Ms. Giuffre’s complaint is neither ‘unintelligible’ nor ‘vague’ nor ‘ambiguous,'” Judge Lewis Kaplan wrote in the ruling. “It alleges discrete incidents of sexual abuse in particular circumstances at three identifiable locations. It identifies to whom it attributes that sexual abuse.”

Giuffre alleged in the lawsuit that the late financier Jeffrey Epstein trafficked her and forced her to have sex with his friends, including Prince Andrew. The suit claims that he was aware she was underage (17) at the time.

Prince Andrew has denied the allegations and had moved to dismiss the suit.

Giuffre claims that 20 years ago, she was trafficked to Prince Andrew by both Epstein and Ghislaine Maxwell.

The case that Guiffre filed against Epstein was settled before going to trial in 2009, but the settlement details were not released until recently.

The details were released on January 3, 2020, ahead of a scheduled hearing in the civil case involving Prince Andrew.

Prince Andrew’s lawyers say the 2009 deal indicates she cannot sue the Prince because she agreed to end all legal action against anyone who could be described as a “potential defendant.”

Epstein died in prison in 2019, while Maxwell was convicted last week of trafficking young girls to be abused by the late financier.

However, Giuffre’s legal team says the Florida settlement terms are irrelevant to her case against the Prince.

In her 2009 claim against Epstein, Giuffre said she was lured into a world of sexual abuse at his Florida home when she was still a minor.

That case never went to trial because, in November of 2009, Epstein agreed to pay Guiffre $500,000 to end her suit against him. The deal was confidential but made public because of its potential importance to the Prince Andrew case. 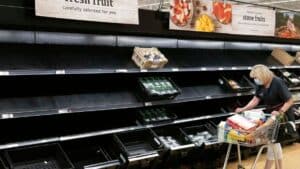