'I left there feeling exhilarated. Like somebody wanted me,' the alleged victim testified

A woman who says she had a sexual relationship with Jeffrey Epstein spanning several years testified in court that Ghislaine Maxwell played the key role in facilitating their initial connection and encounters.

Allegedly, Ghislane told her that Epstein was a philanthropist who invested in helping young people pursue their dreams, but encouraged her to start building a relationship through offering Epstein massages.

The witness who went by the pseudonym “Kate” went on to talk more about the “carnal needs” of the wealthy predator.

“She said that he needed to have sex about three times a day,” Kate said, according to court records.

Kate took the stand Monday morning to start the second week of Maxwell’s federal trial on charges that also include sex trafficking of minors. Kate is not considered a minor victim in the charges because she was over the age of consent at the time of the alleged actions, but the court is still allowed to consider her testimony, according to a ruling by Judge Alison Nathan.

Kate testified she first met Maxwell when she was 17 through a former boyfriend during a trip to Paris. Maxwell later invited Kate to her London townhome and told Kate about her “philanthropist” boyfriend Epstein, who Maxwell said would help Kate achieve success in her hopeful music career.

“I understood that her job was to take care of Jeffrey’s needs,” Kate said. “I left there feeling exhilarated. Like somebody wanted me.”

Kate recalled feeling coerced into the impromptu meeting with Epstein that Maxwell urged her to attend at the townhome.

Kate testified that Maxwell then told her to give Epstein’s foot a little “squeeze” to show him how strong she was although she is a small-framed woman. She went on to testify that Epstein approved of the foot massage and asked her to then massage his shoulders.

Maxwell called Kate weeks later to ask whether she would do her “a favor” and come give Epstein a massage with her “strong hands.” After agreeing to the request, Maxwell led Kate to a room upstairs in her townhome where Epstein stood in a robe. Maxwell allegedly gave Kate massage oil and promptly left her alone with Epstein.

Kate testified Epstein disrobed and initiated sexual contact. Sometime after the encounter, Kate said claimed Maxwell told her, “I’m so glad you’re here. You did such a good job last time [that] he wanted you to come back,'”

Upon her arrival the second time, Epstein stood fully naked when Kate entered the same room, after Maxwell guided her there

“Have a good time,” she recalled Maxwell saying as she left Kate with Epstein.

Kate testified that Maxwell also asked her whether she’d “had fun” after both sexual massage visits.

Maxwell’s trial, which started last week in Manhattan, has alternated between testimony from various victims who were minors at the time and some of Epstein’s connections to high-profile figures such as Donald Trump, Bill Clinton and Prince Andrew.

Epstein, who pleaded guilty in 2008 to state prostitution charges, was indicted on federal sex trafficking charges in July 2019 but died by suicide in prison a month later. Maxwell, Epstein’s confidante, was arrested in 2020 and has pleaded not guilty. 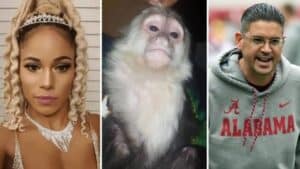