“After my firm filed suit on separation of powers grounds to block January 6 House Select Committee’s illegitimate subpoena to President Trump over his activities while president — the committee waved the white flag [and] withdrew the subpoena,” Dhillon wrote Wednesday. “We were confident of victory in court given precedent [and] refusal of prior presidents to testify in Congress.”

2/in court, given precedent & refusal of prior presidents to testify in Congress.J6 committee wasted millions for a purely political witch-hunt, total abuse of process & power serving no legitimate legislative purpose. Kudos to my outstanding @dhillonlaw colleagues for the win!

Dhillon shared a screenshot of the committee’s letter, signed by Democrat Chariman Bennie Thompson of Missouri, announcing the subpoena request was rescinded.

“In my capacity as Chairman of the House Select Committee … I issued a subpoena to your client, former President Donald J. Trump on October 21, 2022, regarding various records and deposition testimony,” wrote Thompson. “In light of the imminent end of our investigation, the Select Committee can no longer pursue the specidic information covered by the subpoena.”

“Therefore, through this letter, I hereby formally withdraw the subpoena issued to former President Trump, and notify you that he is no longer obligated to comply or produce records in response to said subpoena.”

“Trump, defended the doctrine of separation of powers, independence of the presidency,” said Dhillon per the Washington Examiner. “Subpoena, clearly issued for political purposes, was an assault on those principles.”

In January, the lawyer’s law firm, Dhillon Law Group, argued the Daily Wire’s case before the Supreme Court of the United States (SCOTUS) seeking to block the Biden administration’s enforcement of COVID vaccines for private businesses with 100 or more employees.

SCOTUS ruled in favor of the Daily Wire, rescinding the Biden administration’s mandate.

“We must beat the Democrats at their own game,” Dhillon told The Daily Wire’s Ben Shapiro in an interview last Friday regarding the practice of ballot-harvesting in legal locations. “I’ve already received a tremendous outpouring of support.” 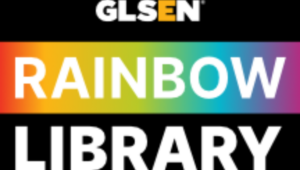