The House Select Committee charged with investigating the events of Jan. 6, 2021 will vote next week to hold two former aids to President Donald Trump in contempt.

Navarro was subpoenaed at the beginning of February. The Jan. 6 committee contends he promoted claims of voter fraud during the 2020 election.

“He hasn’t been shy about his role in efforts to overturn the results of the 2020 election and has even discussed the former President’s support for those plans,” said committee chairman Mississippi Representative Bennie Thompson in a statement regarding the subpoena.

Navarro and former national security advisor Michael Flynn both sought to avoid questioning by claiming executive privilege. The Biden administration denied their claims in March saying they were not justified or in the national interest.

White House deputy counsel Jonathan Su wrote a letter to Navarro and Flynn’s lawyer notifying him of the rejection.

“President Biden has determined that an assertion of executive privilege is not in the national interest, and therefore is not justified, with respect to particular subjects within the purview of the select committee,” Su wrote, per ABC News.

Politico reported Navarro said in a text message “If President Trump waives the privilege, I would be happy to testify… It is premature for the committee to pursue criminal charges against an individual of the highest rank within the White House for whom executive privilege undeniably applies.”

Scavino was subpoenaed in September of 2021 and served the following month. He is one of the longest-serving aides to Trump.

According to reports, the former deputy White House chief of staff for communications was with President Trump on Jan. 5 2021 during a meeting discussing dissuading members of Congress not to certifying the election results.

Scavino previously sued to prevent the committee from subpoenaing his phone records from Verizon.

Both Meadows and Bannon have been held in contempt for refusing to comply, following votes from the committee and House. While the Justice Department has not pursued any actions against Meadows, Bannon has been indicted by a grand jury and is awaiting trial. 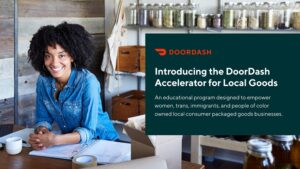