'Elon is the singular solution I trust,' said Dorsey. 'I trust his mission to extend the light of consciousness.'

Jack Dorsey, who co-founded Twitter in 2006, spoke up on Monday evening about Elon Musk’s acquisition of the social media giant.

Since Musk‘s early April investment in the social media platform, there has been quite a bit of attention on Dorsey. Many wondered what he thought of the fellow billionaire’s bid to acquire his former company.

However, that attention was heightened when Musk officially filed his plans and offered to purchase the entirety of the platform. Dorsey was quick to speak positively on the matter, posting on Twitter that the “company was always for sale.”

On Monday, the news broke that Musk and Twitter’s Board had reached an agreement on the company’s sale to the Tesla CEO. At that time, Musk was quick to post on the platform, saying that he hoped even his “worst critics remain on Twitter, because that is what free speech means.”

His first post after the announcement was a link to the band Radiohead’s song “Everything In Its Right Place” — an apparent nod to the success of the negotiations.

In an initial response to other users, Dorsey replied, “I love Twitter. Twitter is the closest thing we have to a global consciousness.”

Dorsey went on to say, “Twitter as a company has always been my sole issue and my biggest regret. It has been owned by Wall Street and the ad model. Taking it back from Wall Street is the correct first step.”

Dorsey expressed his approval and support for Muskl, saying he believed that “Elon is the singular solution I trust. I trust his mission to extend the light of consciousness.”

In principle, I don’t believe anyone should own or run Twitter. It wants to be a public good at a protocol level, not a company. Solving for the problem of it being a company however, Elon is the singular solution I trust. I trust his mission to extend the light of consciousness.

In an additional Twitter post, Dorsey said, “Elon’s goal of creating a platform that is ‘maximally trusted and broadly inclusive’ is the right one.”

Ultimately, the former Twitter CEO and co-founder said he was “happy Twitter will continue to serve the public conversation. Around the world, and into the stars!”

Musk successfully won his bid to purchase the company for $44 billion. It will take a few months for the transaction to close, at which time Musk will take over the leadership of the social media platform. 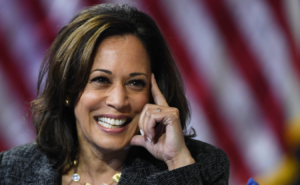 Kamala Harris Tests Positive for COVID-19, Not Considered a Close Contact of the President