Israeli Health Ministry Chief Nachman Ash told reporters Tuesday that COVID infections inside the Jewish State are reaching record highs despite boasting some of the strongest vaccination rates in the world.

“That is a record that did not exist in the previous waves,” said Ash.

“Ash expressed some pessimism, though he observed that, belying fears, there wasn’t a large spike in infections following last week’s Rosh Hashanah holiday — the Jewish New Year — or the opening of the school year at the beginning of the month,” reports the Times of Israel.

“After bringing daily infections down to little more than a dozen a day in June, Israel has been battling to control a resurgence of COVID-19 in what has been its fourth wave of infections since the start of the global pandemic,” adds the newspaper.

“A week ago we were in a clear downward trend; in recent days we’ve been seeing that decline stop, and the virus reproduction number is [again] above 1,” Ash said.

“I hoped that we would see a clearer drop, but we are still not seeing it,” he added.

61% of the entire Israel population is fully vaccinated against COVID, compared to 54% in the United States. 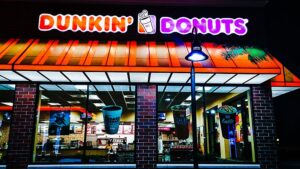