The leader of ISIS, Abu al-Hassan al-Hashimi al-Qurayshi, was killed in battle, according to the terror group’s spokesperson.

In February, al-Qurayshi took over the group’s leadership when the previous leader, Abu Ibrahim al-Hashimi al-Qurayshi, was killed in a raid by US forces in northwest Syria.

A spokesperson for the group announced his demise on Wednesday but did not elaborate on how he was killed — or by whom.

“He died fighting the enemies of God killing some of them before being killed like a man on the battlefield,” ISIS spokesman Abu Omar al-Muhajer said in a recording obtained by the Associated Press.

Al-Muhajer said that Abu al-Hussein al-Husseini al-Qurayshi has taken over as the new leader.

“He is one of the veteran warriors and one of the loyal sons of the Islamic State,” al-Muhajer said.

There is little information publicly available about the new leader.

“None of the al-Qurayshis are believed to be related. Al-Qurayshi is not their real name but comes from Quraish, the name of the tribe that Islam’s Prophet Muhammad belonged to. IS claims its leaders hail from this tribe and ‘al-Qurayshi’ serves as part of an IS leader’s nom de guerre,” the AP report explained.

The terrorist organization is now on its third leader since founder Abu Bakr al-Baghdadi was killed by US forces in October 2019.

At the time of publishing on November 30, no one has claimed responsibility for al-Qurayshi’s killing.

US National Security Council Spokesman John Kirby told the AP, “We certainly welcome the news of the death of another ISIS leader. I don’t have any additional operational details to provide at this time.”

The Pentagon has yet to issue a statement.

Timcast reached out to the Pentagon’s press office for comment and will update this article if one is provided. 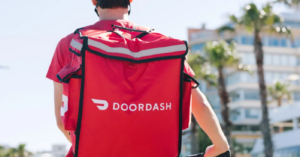