'Guess the truck could've been mine, too.'

Marianna Wright, the executive director of the National Butterfly Center, admits to entering a vehicle she knew was operated by military personnel, removing a firearm, and transporting it to her place of work.

“In the name of public safety, I removed the weapon from the abandoned, unlocked vehicle on the side of the road & secured it in [the] National Butterfly Center where Texas National Guard was able to reclaim it,” Wright said. “The idiots didn’t even realize it was missing when they returned to the truck.”

The National Butterfly Center — as the name suggests — is a butterfly sanctuary and does not purport to specialize in handling firearms, especially those with selective fire modes. It is unclear why Wright, who personally expressed little knowledge of firearms after taking the weapon, did not notify the police and wait for them to arrive but instead opted to remove the gun from a vehicle she knew was operated by the Texas National Guard.

The conservatory operator claims that the “feds were apprised in real-time” and later came to claim the rifle. It’s unclear whether the officials she allegedly spoke to authorized Wright to remove the weapon — an M4 variant — but she later uploaded a picture displaying the rifle in her office with the selective fire showing the safety (“SAFE”) on, but able to be toggled to a fully automatic position (“AUTO”). It’s also unclear whether the rifle was loaded while she handled and transported it. According to Wright, the weapon was retrieved by the National Guard 40 minutes later.

People reacting to her post were quick to point out that Wright had seemingly admitted to breaking a number of laws potentially including tampering with a vehicle, theft, and illegal possession of a fully automatic rifle.

Unfazed by repeated warnings from other users about the legality of her actions, Wright continued to boast about her exploits. “Today, I got my hands on a fully automatic weapon thanks to the stupid, irresponsible Texas National Guard who left their vehicle running & unlocked with guns inside on the side of the road,” she said. “Guess the truck could’ve been mine, too.”

Twitter users were generally critical of the move, with one offering Wright some simple advice. “You realize that if they saw you stealing their weapons and they shot you, they would’ve been completely justified in doing so. For future reference, do not take a soldier’s weapon. You wouldn’t take a police officer’s weapon, would you?”

Another user with the handle PaulGiandomeni1, who said he was a retired lieutenant colonel with the National Guard, said that the “method was questionable.” Still, he argued that involving law enforcement would have more severe consequences for the guardsman who left his weapon unsecured, and Wright was inadvertently doing them a favor.

NOTE: The #Texas guard charged with "upholding & enforcing the law" won't even wear their seatbelts; rather the driver had it fastened behind him so he didn't have to be annoyed by the ding-ding-ding of the pesky alarm to #BuckleUp Also, he left his gun in an unlocked truck. #OLS pic.twitter.com/UyaqVIhnq3

I don't know much about these, but the folks who seem to know say it is. pic.twitter.com/P2jIOCOIeJ

In the name of #PublicSafety, I removed the weapon from the abandoned, unlocked vehicle on the side of the road & secured it in @NatButterflies where #Texas #NationalGuard was able to reclaim it. The idiots didn't even realize it was missing when they returned to the truck. #OLS pic.twitter.com/wMggvN2x9S

So theft of a military weapon out of a government vehicle? Stunning and brave lol. https://t.co/qlUJfKQeIV

Your honor I removed this abandoned black hawk from Fort Bragg and secured it in my backyard in the name of public safety… please don’t come to reclaim it. https://t.co/tWpPjFTujf pic.twitter.com/hq1xOS4gdb 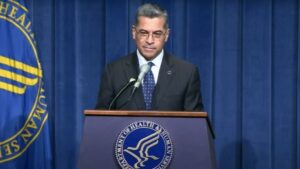