Numerous disruptions to infrastructure around the entire globe on the same day have interrupted travel, 911 services, postal delivery, and more, sparking questions about the possibility of a coordinated cyber-attack.

In the U.S., thousands of flights were grounded after a Federal Aviation Administration (FAA) safety system that provides information to pilots and airline dispatchers went down.

The Associated Press (AP) reported that the NOTAM — Notice to Air Missions — system crashed in the evening of Jan. 10 and was not fixed until midmorning Jan. 11, resulting in 1,200 flights cancelled and 8,500 delays on the East Coast.

“There was a systems issue overnight that led to a ground stop because of the way safety information was moving through the system,” Transportation Secretary Pete Buttigieg told a news conference, according to the AP. Although the problem was soon fixed, he warned that travelers could expect to see some effects “rippling through the system.”

An initial report from Reuters claimed the White House said there was no evidence of a cyber attack. However, by mid-afternoon Jan. 11, the story had been amended to show White House officials state they “don’t know” what the cause of the outage was and that President Biden has ordered an investigation.

When asked if foreign or domestic actors would have disrupted NOTAM, U.S. Transportation Secretary Pete Buttigieg told MSNBC, “We’re not prepared to rule that out.”

On the same day that the FAA system crashed, multiple counties in Michigan were impacted by an outage of their 911 services, which were shut down for hours.

Grand Rapids, Calhoun, Kalamazoo, Newaygo, and Ottawa Counties were struck by the outage around 4pm, as some officials said the issue impacted a majority of the state, according to the Independent.

“That’s still a mystery. What we do know is that the network provider that provides all the 911 routing for all the calls in the state had an issue,” Grand Traverse County 911 Director Jason Torrey told a local ABC News affiliate. “We started to have what we call Annie Alley issues, which is location and number information wasn’t coming through. Then we did some test calls, and we noticed we didn’t have any 911 events that were processed appropriately to the workflow.”

A Michgan State Police spokesperson said officials had no details on why the outage occurred or which systems were still affected, telling NPR “all aspects are being investigated.”

US this morning and now Canada. Call me a cynic (and maybe a bit paranoid), but this smells of a coordinated cyber attack. Same day, North American allies…

A Nav Canada spokesperson told the Independent, “Mitigations were in place to support continued operations. We are still investigating the root cause of the failure. At this time, we do not believe the cause is related to the FAA outage experienced earlier today.”

Britain’s postal service Royal Mail was hit with a “cyber incident” that disrupted its ability to deliver packages and letters internationally.

📭 The Royal Mail in the UK has been hit by a 'cyber incident'.

We don't know what the cause of either is, but it looks like a coordinated cyberattack.

Meanwhile, the Press: "What has Harry said today?"

“We’re experiencing disruption to our international export services and are temporarily unable to despatch items to overseas destinations,” the company told its customers in a Twitter post.

We're experiencing disruption to our international export services and are temporarily unable to despatch items to overseas destinations.

We strongly advise customers to hold any export items while we work to resolve the issue.

Sorry for any disruption this may cause.

“We strongly advise customers to hold any export items while we work to resolve the issue,” Royal Mail added. “Sorry for any disruption this may cause.”

A separate report from the BBC quoted the company as saying their computerized systems have been “severely disrupted” and that they are working with “external experts” on determining what went wrong.

According to BBC reporting, the UK’s National Cyber Security Centre — a division of its intelligence agency GCHQ — has launched an investigation, along with the National Crime Agency. 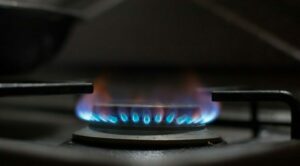