The DRIVE Safe Act has divided the trucking industry

Legislation included in the Senate-approved infrastructure bill would allow a pilot program to permit individuals over the age of 18 to drive tractor-trailers across state lines.

Currently, federal law requires that interstate truck drivers be 21 years of age. In Texas and California, young drivers are already permitted to work as long haul-tuckers within the state. Most states currently allow 18-year-olds to obtain a commercial driver’s license.

In March, the Developing Responsible Individuals for a Vibrant Economy Act (DRIVE) was introduced by Republican Representatives Duncan Hunter of California and Trey Hollingsworth of Indiana. The act would allow teens to drive between states after completing a 400-hour training program.

Young drivers who qualify for a Commercial Driver’s License (CDL) would undergo two probationary periods where an experienced driver would accompany them while they travel across state lines. During their training, a young driver would need to show certification proficiency with speed and space management, right and left turns and night driving.

The Wall Street Journal reports that “trucking employment fell sharply at the start of the coronavirus pandemic last year and was still below pre-pandemic levels this summer, according to the Bureau of Labor Statistics. Some industries have pointed to the dearth of truck drivers as a drag on their ability to restock and recover from the pandemic downturn and many transport operators say the halting rebound in trucking jobs highlights longstanding problems they have had in recruiting and retaining drivers.”

The legislation, known as the DRIVE Safe Act, has the support of UPS, the International Foodservice Distributors Association, and American Trucking Associations.

In particular, the ATA “has argued that over the next 10 years, 890,000 new truck drivers must be brought into the industry, given certain factors such as retirement, retention, and demand,” per The Washington Examiner.

Critics of the bill say that the training is inadequate to properly prepare young people to operate large, commercial vehicles. They also point to data claiming they are more likely to be involved in fatal accidents than older drivers.

“We are talking about really some significant public safety concerns with this bill,” Peter Kurdock, director of regulatory affairs at Advocates for Highway and Auto Safety, told the Examiner.

He added, “It doesn’t matter how many kids they sucker into driving these trucks; it’s not going to relieve the shortage because they’re all going to leave… None of these people stay in this job because the industry refuses to change the working conditions and make it a job that people want to stay in.”

Long hours spent driving and significant time away from home have often driven people out of the trucking industry, where currently the average age of a driver is 55.

According to data from the American Community Survey, only 3% of American men and 7% of women are married by the age of 20. This could indicate that the time away from home may be easier for a younger person, who may not have the same at-home commitments as an older driver.

Changing that age restriction would also allow 18-year-olds interested in blue-collar careers to start training right after high school. Most do not pursue trucking because they find a different career while waiting to age into eligibility.

Some experts say that increasing wages is the only real way to fix the chronic staffing problems that plague the trucking industry.

An analysis found that driver salaries are up to 50% lower than in the 1970s. While driver salaries have recently increased between 10-12%, it is not significant enough to attract drivers or keep them longterm, say some experts.

According to Michael Belzer, an economics professor at Wayne State University who studies the freight industry, “It’s really not a shortage of drivers.”

He told Business Insider, “There are people out there who are willing. They just don’t want to work for that low salary.” 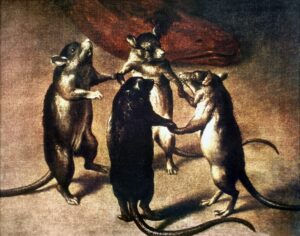 SHANE CASHMAN: THE BEAUTIFUL ONES IN UNIVERSE 25