Many said they would no longer be tweeting, while one user claimed Musk's 'free speech bid' could end in 'lawless hate, bigotry, and misogyny'

Many prominent figures reacted with concern, fear, anger, and disbelief that Twitter’s Board accepted Musk’s offer to purchase the social media giant.

In the hours following the news that Musk had successfully won his bid to take ownership of the tech platform, many users said they did not support the transaction, with many promising to leave the platform.

Users expressed concerns over Musk’s idea of free speech, while others questioned his racial bias based on his origins in South Africa. Some employees of Twitter questioned the viability of the company’s future.

One of the most prominent voices of dissent who shared their opinion on Twitter was Senator Elizabeth Warren, who called the move “dangerous.”

This deal is dangerous for our democracy. Billionaires like Elon Musk play by a different set of rules than everyone else, accumulating power for their own gain. We need a wealth tax and strong rules to hold Big Tech accountable.

Talk radio host Dean Obeidallah speculated that future verifications on the platform might be related to a user’s skin color.

Wonder if Elon musk will copy the apartheid rules of his home country South Africa and give us check marks based on our skin color? The whiter the check mark the more rights you have on Twitter. #AskingForAFriend

Before suspending his account, Shaun King, a prominent activist with ties to Black Lives Matter who tends to speak out during charged public events, said the following:

“At its root, @ElonMusk wanting to purchase Twitter is not about left vs right. It’s about white power. The man was raised in Apartheid by a white nationalist. He’s upset that Twitter won’t allow white nationalists to target/harass people. That’s his definition of free speech.”

British actress Jameela Jamil announced she would abandon Twitter after Musk’s purchase, declaring that she would no longer be tweeting because his “free speech bid” would end in “lawless hate, bigotry, and misogyny.”

Ah he got twitter. I would like this to be my what lies here as my last tweet. Just really *any* excuse to show pics of Barold. I fear this free speech bid is going to help this hell platform reach its final form of totally lawless hate, bigotry, and misogyny. Best of luck. ❤️ pic.twitter.com/fBDOuEYI3e

Now that Elon Musk is buying Twitter, the question for all of us is: Will he allow a Criminal who used this platform to lie and spread disinformation to try to overthrow the US Government to return and continue his Criminal activity? And if he does, how do we combat it?

Employees of the social media platform took to Twitter on Monday to voice their willingness to leave the company. Some people inside the company expressed concern over their job stability as well.

From a look at the posts from the company’s employees, it appears that some felt a sense of chaos as a result of the sale to Musk.

Agrawal told employees that hiring and firing would be frozen for the time being. He also noted that he would remain as the CEO until the transaction was closed, which may take up to six months. The takeaway from the meeting is that very little immediate change would occur as the legal process transferred ownership to Musk.

Agrawal did give a brief statement regarding the purchase on Twitter, expressing his view of the company’s mission and teams.

Twitter has a purpose and relevance that impacts the entire world. Deeply proud of our teams and inspired by the work that has never been more important. https://t.co/5iNTtJoEHf 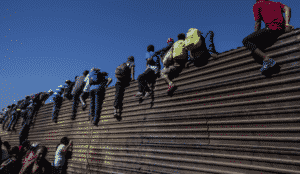