Inflation Soars to Historic High of 11.2% In Producer Index

Producer prices soared to 11.2% for the year ending in March, according to a report Wednesday from the Bureau of Labor Statistics — the highest rate on record.

In March, prices paid to U.S. producers jumped significantly from a year ago according to BLS records dating back to 2010, topping all estimates and highlighting the impact of inflation on consumers nationwide.

The Producer Price Index (PPI) increased 11.2% from March of last year and 1.4% from the prior month.

Excluding food and energy segments, the so-called core PPI increased 1% from a month earlier and 9.2% from a year ago. This is a heavy contrast to the latest consumer price report, which showed a softening in the pace of core inflation.

The median forecasts of economists predicted a 10.6% year-over-year increase and a 1.1% monthly increase.

The price of goods climbed 2.3% in March for a second month. Over half of that increase was due to a 5.7% surge in energy prices.

The cost of goods has driven up the prices of energy, food, and metals. In addition, transportation bottlenecks and labor shortages are complicating matters for manufacturers.

The increase in input costs for producers will likely be passed on to consumers as firms try to protect margins. This will continue to drive up the Consumer Price Index, which is the level of inflation impacting most Americans.

Energy prices have surged in the last month and have set records during the previous 12 months. According to the CPI report, “the energy index rose 32.0% over the past 12 months.” It goes on to state that “gasoline rose 48% over the last year and the index for natural gas rose 21.6%.”

The cost of electricity has risen 11.1% for the 12 months ending in March.

Housing costs have increased for another month, leading to a 5% increase yearly. Most Americans are feeling the crunch in the rental markets, where the annual inflation rate has peaked at 4.44%

The cost of medical care has risen more than half a percent over the last month, adding to the nearly 3% increase in the previous twelve months. 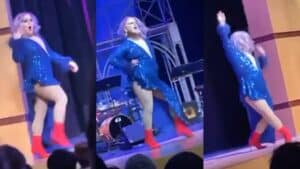