The energy index saw its largest 12-month increase since 1980

Inflation has skyrocketed to 9.1 percent, the highest level in more than 40 years, according to the latest data from the Bureau of Labor Statistics.

The Consumer Price Index (CPI) for June showed the overall increase was driven by hikes in gas prices, which contributed roughly half of the total increase.

The energy index rose 41.6 percent, which is the largest 12-month increase since the period ending 1980.

“Gas and food prices continue to be heavily impacted by the war in Ukraine. And there are a few important points to keep in mind when we get this backwards-looking data,” said White House spokesperson Karine Jean-Pierre, a day before the June numbers were published. “First, June CPI data is already out of date because energy prices have come down substantially this month and are expected to fall further.”

Gasoline is up 59.9 percent from last year. Gas prices also saw an increase of 9.9 percent compared to the May report.

“While almost all major component indexes increased over the month, the largest contributors were the indexes for shelter, used cars and trucks, medical care, motor vehicle insurance, and new vehicles,” according to the report.

Inflation numbers can fluctuate erratically month to month, so policymakers and the Federal Reserve look to average inflation over longer periods of time before considering taking action. The Fed also looks at subcategories and tries to filter out temporary or unique events in its long-term forecasts of inflation.

Even factoring out the spike in energy costs, core CPI prices rose by 5.9 percent over the last 12 months. The Fed, which is meeting July 26-27, is expected to raise interest rates by at least 75 basis points, continuing a trend it started at its last meeting in an attempt to cool off the economy and lower prices. 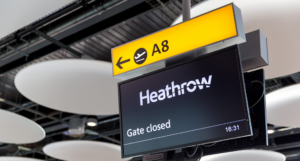