More than half of the world’s countries face an increased risk of civil unrest in the wake of soaring inflation and food costs, a risk management firm warned in a new report.

“The worst is yet to come,” says Torbjorn Solvedt, Principal Political Analyst for Verisk Maplecroft.

Out of 198 countries, 101 saw an elevated risk of civil unrest, according to the firm’s latest Civil Unrest Index (CUI). Based on data covering a span of seven years, the company is issuing risk advisories to expect the frequency and severity of protests to accelerate over the coming months.

“With more than 80 percent of countries around the world seeing inflation above 6 percent, socioeconomic risks are reaching critical levels,” Solvedt said. “Almost half of all the countries on the CUI are now categorised as high- or extreme-risk, and a large number of states are expected to experience a further deterioration over the next six months.”

The CUI is part of the risk consultant’s larger Political Risk Outlook 2022 report, which uses detailed research and advanced analytics to determine factors driving global tensions and what governments and industry leaders can expect to see in the future.

Over the next year, “inflationary pressures and food shortages” increase the risk of “governments succumbing to overzealous military leaders,” Verisk Maplecroft warns in the report, adding, “reading the signs now is more important than ever.”

Richer countries that were able to spend their way out of the pandemic will reportedly fare better than developing countries, for whom the firm says “repression” is likely to be the primary response to anti-government protests.

When considering future supply chain issues and other factors, analysts do not have an optimistic view of the future concerning political violence.

“Only a significant reduction in global food and energy prices can arrest the negative global trend in civil unrest risk,” Soltvedt said. “Recession fears are mounting and inflation is expected to be worse in 2023 than in 2022.”

He added, “The most explosive civil unrest is likely to occur where avenues for dissent are narrowing and where the ability to shield populations from the rise in living costs are limited.” 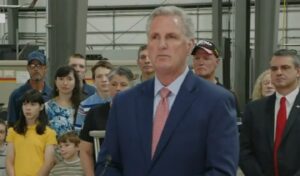