The rate of price increases and the cost of living has reached a 40-year high, with numbers not seen since 1982

Consumer prices increased 7.9% for the year through February — the fastest rate of inflation the nation has seen in 40 years — as gas prices surge and the majority of goods and services grew more expensive.

According to Thursday’s Bureau of Labor Statistics report, the rising cost of gas, food, and rent has contributed to unprecedented inflation across the United States.

The rate of inflation grew from 7.5% in January to more than 7.9% in February. This is the highest rate of national inflation since 1982.

One notable marker mentioned in the BLS report is that the year-over-year wages for most Americans have decreased for the eleventh month in a row. This reality poses a problem in maintaining the cost of living for most poor and middle-class working Americans.

The most volatile inflation rate in most Americans’ lifetimes is also trouble for the Federal Reserve as it seeks to achieve price stability. The nation’s central bank has signaled it will increase interest rates by a quarter percentage point this month to slow down the economic surge.

The data doesn’t reflect the strains on global energy markets caused by Russia’s invasion of Ukraine. However, the nation has begun to feel the pressure of the conflict, which could likely increase the future rates of inflation.

According to GasBuddy.com, gasoline’s cost per gallon was around $4.30 on Wednesday. Economists have warned that the pressure on energy markets is sure to get worse.

The White House has attempted to downplay the rising numbers as it has faced intense criticism of its impact on American taxpayers’ lives.

Businesses are raising costs to keep up with the price of raw goods and increasing pay in a historically tight labor market. There are more than 4.5 million job openings than there are available workers. 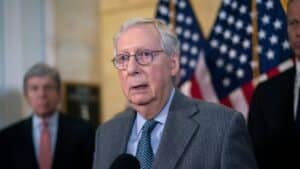