Indiana Man Wins Primary, Despite Being Jailed For Wife's Murder

'If a candidate is ultimately convicted, then depending upon the timing of that conviction, the person can be replaced,' said officials

Despite being jailed for his wife’s murder since March, Andrew Wilhoite is one of three candidates who won the Republican nomination in Tuesday’s election to pursue an Indiana township board position in November’s general election.

Wilhoite allegedly killed his wife, Elizabeth “Nikki” Wilhoite, 42, during an argument related to a possible affair he had during her bout with cancer. She had since filed for divorce from her husband. Wilhoite told officials that his wife charged at him during the argument, and he struck her in the head with a concrete flower pot. After she died, he dumped her body in a nearby creek.

An investigation into Mrs. Wilhoite’s death began when her co-workers notified authorities she did not show up for work. Two days later, the body of Nikki Wilhoite was found partially submerged in a creek, a few miles away from the couple’s home just outside of Lebanon.

During later interrogation, Wilhoite admitted to killing his wife. Wilhoite was booked into the local jail on March 26 to face homicide charges after the county coroner determined his wife’s cause of death was a homicide.

In a post on Facebook, the coroner’s office said, “Today the Boone County Coroners Office continued their investigation into the death of Elizabeth’ Nikki’ Wilhoite. This afternoon an autopsy was conducted, led by a board certified forensic pathologist, and determined the manner of death to be a homicide.”

“Under our legal system, every person is innocent until proven guilty,” he said. “If a candidate is ultimately convicted, then depending upon the timing of that conviction, the person can be replaced on the ballot by the political party that has a vacancy.”

Wilhoite has until June 15 to withdraw his name, and if convicted, he will not be able to perform the position’s duties.

King told the Indy Star that if a person facing felony charges is elected in a township race and is later convicted after being sworn in, the vacancy will be filled by someone affiliated with the political party.

Currently, only three candidates registered to run for office. His trial is set for August but could face delays if a plea deal is not reached before then. 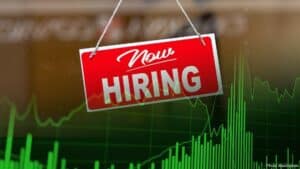