The ACLU has already challenged the bill in court, citing Title IX

Legislators in Indiana enacted a bill requiring students to compete on sports teams that correlate with their biological sex.

Minutes later, the American Civil Liberties Union of Indiana filed a lawsuit, arguing the bill is a form of gender-based discrimination and violates Title IX.

Students are required to compete on teams that correlate with their “biological sex at birth in accordance with the [their] genetics and reproductive biology” and prohibit biological males from competing on teams designated for biological females.

The policy was passed by the state House in January following a 66-30 vote. The Senate followed suit with a 32-15 vote on March 1.

Governor Eric Holcomb vetoed the bill in March. In a letter to legislators, Holcomb said he felt the policy did not “provide clarity and one consistent state policy regarding the fairness in K-12 sports in Indiana.”

Objecting to the “wide-open nature of the grievance provision”of the bill, Holcomb said the bill would “increase the likelihood of litigation against our schools with the courts having to adjudicate on the uncertainties.”

“Finally, the presumption of the policy laid out in [HB 1041] is that there is an existing problem in K-12 sports in Indiana that require further state government intervention,” Holcomb wrote. “After a thorough review, I find no evidence to support either claim even if I support the overall goal.”

“While there are no instances in Indiana where transgender athletes outperformed other girls, sponsors of the bill said it is vital to protect the integrity of female sports,” reports UPI News. “They argue transgender athletes competing in K-12 girls’ sports provides an unfair advantage that could impact college athletic scholarships.”

The General Assembly voted on May 24 to overturn the governor’s veto. While the Senate had the same result, the state House had one more legislator vote in favor of the policy as well as more absences — culminating in a 67-28 vote. The law goes into effect on July 1.

“Indiana codified legislation directly targeting a few vulnerable students into law to distract from Republicans inability to meet the moment and form a cogent agenda,” said House Democratic Leader Phil GiaQuinta, per WPTA 21. “It’s a pattern seen in state legislatures across the country.”

“I’m proud of our statehouse for setting a good example for legislatures nationwide, and most of all, for standing up for Hoosier girls and their parents,” said Congressman Jim Banks. “I strongly believe that protecting women’s sports is an issue that will soon unite all Republicans and I am working hard to make sure that Congress passes similar legislation after we retake the majority.”

Prior to the vote, the ACLU had said it would legally challenge the bill if the governor’s decision was overturned.

The ACLU filed the lawsuit immediately after the Assembly’s decision became official. The organization said the challenge was filed on behalf of a 10-year-old transgender student who identifies as a girl and will now not be permitted to compete on an all-girls softball team.

“According to the complaint, playing softball has helped A.M. to more fully experience her life as a girl,” the ACLU said in a statement published on May 24. “Not allowing her to do so in the fall would be a painful, constant reminder that she is not accepted by the world as the girl that she is.”

The lawsuit was filed in the U.S. District Court for the Southern District of Indiana. 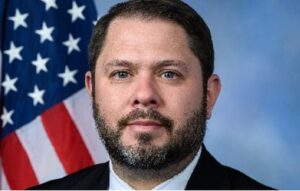