Currently women can get married at 18 and men at 21

India has proposed to raise the legal age of marriage to 21 for women two years after a task force was established to evaluate women’s well-being.

The nation has the world’s largest population of girls who are married before the age of 18. Less than 50 years ago, the legal marriage age for girls in India was 14. It was raised from 15 to 18 in 1978.

In June of 2020, the government established a task force to review issues of education, nutrition, motherhood, and mortality.

Raising the marital age has been called a necessary step toward’s women’s empowerment as well as a possible economic benefit.

Under current law, women can get legally married at 18 while men must wait until the age of 21. The proposed change would amend the Prohibition of Child Marriage Act that was passed in 2006.

“This will give a chance to the girls to study more. They will be able to enjoy their independence (and) they will also get better employment opportunities,” said MP Jaya Bachchan in a statement.

According to RFI, India’s government “hopes it will send more women into the local job market where female labour accounts for only 20.5 percent of the total workforce, down 10 percent from a decade ago.”

The change in marital age was seen by some as a misguided attempt to empower women. Critics say that the proposed policy overlooks more difficult challenges facing women in India.

Mary E. John, a researcher at the Centre for Women’s Development Studies who took part in the task force, argued that “the age at marriage had little impact” on the areas of concern it was charged with evaluating.

“Other factors — such as poverty and health services — were far more effective as levers for improving women’s and children’s health and nutritional status,” she wrote in an article for The India Express. “Those who think that raising the age at marriage will have beneficial effects on women’s status are often relying on statistics that seem to support this view.”

“It is going to be [a] disaster if they are going to hold all marriages before 21 as invalid,” prominent activist and women’s rights lawyer Flavia Agnes told Al Jazeera. She added that child marriages are particularly common in poor, rural areas.

“The parents do not want to keep them at home because of the danger of either rape or elopement,” she said.

The United Nations reported in 2017 that child marriages were a persistent problem in India, with marriages occurring among as many as 27% of girls below the age of 18. 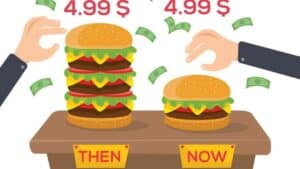 Inflation is Erasing the Monetary Gains of Most Americans, Research Group Says