According to school district leadership, the club is being given the same access and opportunities as evangelical Christian groups

An elementary school in Illinois is offering an “After School Satan Club,” sponsored by the Satanic Temple of the United States.

The school district leadership is defending the so-called educational program.

The program, designed for children in grades first through fifth, will be taught by volunteers at The Jane Addams Elementary School in Moline. The club will meet five times this year, beginning on Thursday. Flyers circulating on social media offered further details.

According to the flyer, the club will include science projects, puzzles, games, arts and crafts, and nature activities. The flyer states that the club will help children learn “benevolence and empathy, critical thinking, problem-solving, creative expression, and personal sovereignty.”

The Satanic Temple said the program is offered at select public schools where Good News programs exist. Members of the Temple say that they have no intention of converting children to Satanism.

“Proselytization is not our goal, and we’re not interested in converting children to Satanism. After School Satan Clubs will focus on free inquiry and rationalism, the scientific basis for which we know what we know about the world around us,” said the temple on its website.

“We prefer to give children an appreciation of the natural wonders surrounding them, not a fear of everlasting other-worldly horrors.”

The flyer prompted a response from district leadership, who emphatically assured parents that no teachers from Jane Addams, or any other district teacher, are involved.

“Flyers were not distributed to all students,” according to a letter from Rachel Savage, Moline-Coal Valley Schools Superintendent.

She said in her letter that the space rental was “not generated by the district and is not affiliated with Jane Addams or the district.”

According to the temple, a parent in the district reached out to the Satanic Temple’s after-school club. They told the group that the elementary school already offered a Christian club option and wanted to bring their program to the school to provide options and different worldviews, the superintendent said in her letter.

Thirty flyers were sent to the school and were placed in the school lobbies advertising the satanic club. This is the usual protocol for organizations and events at the school that are religious.

Savage further noted that the district permits community usage of its facilities and approves similar activities with local churches. 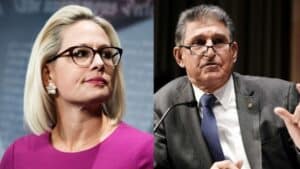