An Illinois bakery that planned to hold a “kid friendly” drag show has been informed by local officials that they may lose their liquor and business licenses if they continue to host events as they do not have the proper zoning.

UpRising Bakery and Cafe in Lake in the Hills announced that they were cancelling an upcoming Disney sing-a-long and a resume building workshop in a video posted to Facebook.

The owner of the bakery, Corrina Sac, also accused local officials and her landlord of discrimination.

Sac claimed that Lake in the Hills officials had met with her on Thursday, in a meeting that she referred to as “very threatening.” At that time, she was informed that she was not properly zoned for events and that they were concerned about the public resources being expended to protect the venue during controversial events.

“I feel like this is discrimination and a conspiracy to interfere with my business,” Sac said. “Unfortunately, when the attention waned from all the hate this week, they shifted gears and started victim blaming me after we were attacked by a known domestic terrorist who committed hate crimes against us just one week ago.”

On July 23, Joseph I. Collins, 24, was arrested for breaking the windows and vandalizing the bakery. According to a report from NBC Chicago, he was charged with a felony hate crime and criminal damage to property charges. He was later released on a $1,000 bond.

The vandalism took place on the day when Sac was planning to host a “Starry Night Drag Brunch,” which was marketed as being “kid friendly.”

Lake in the Hills officials have released a statement pushing back on Sac’s claims that she is the victim of a discriminatory conspiracy.

“The Village of Lake in the Hills has been made aware of a social media video shared today by Corrina Sac, owner of Uprising Bakery, claiming there has been a conspiracy to interfere with her business,” the statement began. “This issue is about a business conducting activities it was never permitted to conduct. While the potential revenue from these entertainment events may be attractive to the business owner, the Village is seeking compliance with its zoning regulations.”

The statement continued, “the Village was made aware of a planned entertainment event scheduled for July 23, 2022 at Uprising Bakery after it had been advertised and received strong negative criticism. The Village’s focus was on coordinating the resources necessary to ensure the safety of the business, its neighbors and the community, while also preserving the Constitutional rights of the participants.”

The statement also pointed to a previous video where Sac thanked village officials and the local police for protecting her and the bakery.

“The Village requested a meeting with Ms. Sac last week to gain a better understanding of the changes to her business, as it is now offering continued paid entertainment events,” the statement explained. “At that time, the Village also shared complaints that have been received by the property owner and tenants of Cedar Ridge Plaza, as well as nearby residences. The complaints included loss of business, parking, safety concerns and zoning violations.”

The officials explained that during the meeting, Sac claimed that the revenue from these events is now “essential to her business,” and that she intended to continue offering entertainment on a “more frequent and increasing basis.” However, they pointed out that an entertainment business is not permitted at the location she rents.

The strip mall that the bakery is in, Cedar Ridge Plaza, is zoned “B-2, Neighborhood Convenience Business District.” This means, according to the village officials, that it was “established to meet the needs of the immediate neighborhood. It is intended to provide convenience shopping for persons living in adjacent residential areas. Permitted uses shall be those that are appropriate to satisfy basic shopping needs which occur on a frequent or daily basis.”

Entertainment venues are not permitted due to the proximity of residential neighborhoods and shared parking with people who live there.

Now, the American Civil Liberties Union of Illinois has got involved and is threatening a legal battle on Sac’s behalf.

Rebecca Glenberg, senior staff attorney for the ACLU of Illinois, said in a statement that not allowing the events to continue is a First Amendment violation.

“Any ‘enforcement actions’ against Ms. Sac or UpRising based on alleged ‘entertainment events’ would be unconstitutional, and the ACLU of Illinois is prepared to respond appropriately on their behalf,” Glenberg said.

Glenberg claimed that even if the bakery is not properly zoned for entertainment events, since this rule was not enforced prior to the drag event, it “unconstitutional retaliation.”

“We dispute the letter’s characterization of UpRising programs as ‘entertainment events’ that are prohibited in a B-2 zoning district. Even if that characterization is correct, however, the Village’s sudden determination to enforce the code against UpRising or Ms. Sac based on their exercise of First Amendment rights constitutes unconstitutional retaliation,” the letter continued.

The ACLU sent a list of demands, including that the bakery be allowed to hold the rescheduled drag event on August 7.

The village does not appear to be backing down at this time. 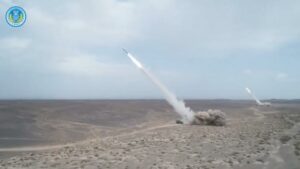