House Votes to Hold Meadows in Contempt Over Jan 6 Hearings

The House voted Tuesday evening to hold former White House chief of staff Mark Meadows in criminal contempt of Congress for refusing to cooperate with the special committee investigating the January 6 protest at the U.S. Capitol.

The chamber approved the resolution on a 222-to-208 vote. Only two Republicans — Reps. Liz Cheney and Adam Kinzinger — joined Democrats in voting “yes.”

Members of the House Committee have long maintained that the information they seek from Meadows is not protected under any executive privilege.

Persistent claims of executive privilege by Meadows and others from the Trump Administration on or before Jan. 6 have been challenged in the court and by constitutional experts.

Last week, Meadows chose to end his cooperation with the House Committee just days after saying he would. He argued that the committee was pressuring him to discuss issues that the former president said are protected by executive privilege. At that time, Meadows had already produced thousands of documents for the panel, including text messages and emails related to the day’s events.

Cheney, the vice-chair of the Jan. 6 committee, told the chamber that Tuesday’s vote related mainly to Meadows’ refusal to further cooperate despite having turned over evidence and documentation related to the events in question.

“January 6 was without precedent,” Cheney said. “There has been no stronger case in our nation’s history for a congressional investigation into the actions of a former president. This body must investigate the facts in detail, and we are entitled to ask Mr. Meadows about the non-privileged materials he has produced to us.” 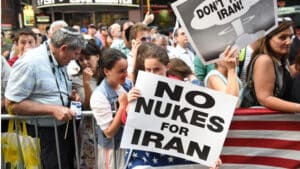