House Republicans are asserting that Facebook has lied to them for years about the negative impacts of social media on teenagers.

A shocking new report from the Wall Street Journal revealed that Facebook knew all along that Instagram was causing eating disorders and depression in young girls from their own internal studies — but denied it when asked about it by Congress.

In March, Republicans on the House Energy and Commerce Committee requested Facebook’s internal research on how social media affect children, but the company avoided the issue and claimed that experts disagree on “how much screen time is ‘too much.'”

Facebook CEO Mark Zuckerberg also said that “the research that we’ve seen is that using social apps to connect with other people can have positive mental-health benefits.”

After the internal documents obtained by WSJ proved they knew more than they let on, House Republicans are demanding answers.

“Facebook refused to comply with our request and we now know why,” committee ranking member Cathy McMorris Rodgers (R., Wash.) told the Washington Free Beacon. “This also leaves us wondering what else they are hiding. We will continue to demand transparency from Facebook and other Big Tech companies, especially as it relates to the harm their products have on our children.”

The Free Beacon reports that a spokesman for Colorado representative Ken Buck, had a similar response. Big Tech companies have “almost unchecked power” and answer “only to themselves,” the spokesman told the outlet. He also called on Congress to pass antitrust bills to “bring these dark and duplicitous monopolists to heel.”

“Facebook has known for yrs of Instagram’s damaging effect on young people—but its own employees’ warnings were shoved aside in favor of growth-at-all-costs. I’m appalled & alarmed by Facebook’s targeting of teens w/dangerous products while hiding the science of its toxic impact,” Blumenthal tweeted with the WSJ report.

Facebook has known for yrs of Instagram’s damaging effect on young people—but its own employees’ warnings were shoved aside in favor of growth-at-all-costs. I’m appalled & alarmed by Facebook’s targeting of teens w/dangerous products while hiding the science of its toxic impact. https://t.co/5etCUZNvzl

The WSJ also obtained documents that proved the company also lied to their Oversight Board, claiming that their system designed to protect high-profile users from censorship was only used in a “small number of decisions,” when in reality, they exempt at least 5.8 million people from content moderation guidelines.

“We are not actually doing what we say we do publicly,” the company said in a 2019 internal review. 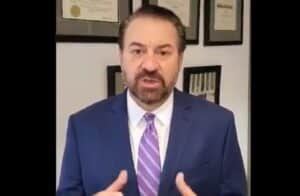