A bill has passed through the House to federally decriminalize marijuana.

The Marijuana Opportunity Reinvestment and Expungement Act, sponsored by Democratic Rep. Jerry Nadler passed with a vote of 220 to 204 — primarily along party lines.

“This landmark legislation is one of the most important criminal justice reform bills in recent history,” House Speaker Nancy Pelosi said while speaking on the floor about the bill on Thursday. She argued that the bill is consistent with laws being passed in states across the nation.

Currently, 47 states and the District of Columbia have relaxed their marijuana laws in one way or another.

The MORE Act would remove marijuana from the federal list of controlled substances entirely. If it passes Senate, will bar federal agencies from denying security clearances over marijuana use, would allow the Veterans’ Administration to recommend medical marijuana for veterans with posttraumatic stress disorder, and authorize a tax on sales.

Additionally, the legislation would expunge the records of people who have been convicted of non-violent marijuana-related offenses.

House Majority Leader Steny Hoyer argued that those records, “can haunt people of color and impact the trajectory of their lives and career indefinitely,” according to a report from CNN.

California Representative Barbara Lee, a Democrat, said that the bill is tied to “racial justice.”

“Make no mistake, this is a racial justice bill,” Lee said.

The bill passed the House last year as well, but did not advance in the Senate.

During his 2020 campaign, now-President Joe Biden said that he would seek “to reschedule cannabis as a Schedule II drug so researchers can study its positive and negative impacts,” though he had not done so at the time of the bills passing. 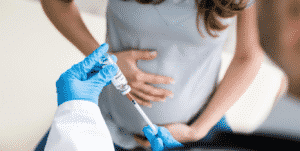