Home prices in the United States are surging, but a shortage of inventory has resulted in harsh competition for prospective home buyers.

The continued trend of rising real estate prices has taken the dream of homeownership away from most middle-class Americans. Middle-class Americans, who have traditionally made up the primary demographic of home buyers, are competing against wealthy buyers for a smaller group of available homes.

Currently, only about 250,000 homes are for sale that are considered affordable for middle-class buyers. These buyers have an average income between $75,000 and $100,000 annually. This is a sharp decline from the estimated 656,000 available homes before the COVID-19 pandemic.

These numbers are represented by a recent analysis by the National Association of Realtors.

There are now about 65 households that are qualified buyers for a single real estate listing. This is a dramatic increase from 24 households in 2019.

Another trend in real estate is affecting many would-be buyers. It is no longer enough incentive for a prospective buyer to have a sizeable downpayment and a pre-approved mortgage. Currently, around 30% of homes were bought with all-cash offers in 2021. According to real estate firm Redfin, this is up from about 25% in 2020.

All-cash deals made up more than 50% of real estate transactions in West Palm Beach and Naples, Florida. Sellers have also started to ask buyers to forego contingencies in transactions, including home inspections — a potential risk for buyers who do not have expendable income.

According to Zillow, there are now 500 cities in the U.S. where the average cost of a home has risen to $1 million.

“Unfortunately, the middle-class dream of homeownership has been fading away,” Redfin chief economist Daryl Fairweather recently told CBS. He said that owning a home “is a signifier of the upper class now.”

Not only has inventory decreased, but first-time homebuyers are contending with high net worth investors and current homeowners who have racked up significant equity during the past two years of rising home prices.

The shift to a culture of working from home has allowed many households to relocate from high-priced areas to towns with a lower cost of living. The resulting impact is that housing is more competitive for locals in smaller markets. Redfin found in a study that out-of-town buyers generally have 30% more to spend on a home than local residents.

Scarce and expensive housing used to be primarily normal in big cities like San Francisco and New York. But now, it is spreading to smaller cities like Nashville, Tennessee, and Austin, Texas. 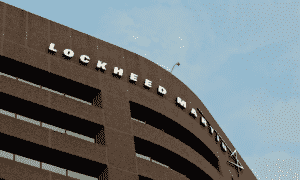