'[She's] Just Dusting Off Bill‘s Playbook That I Wrote For Him And Applying It Herself This Year,' Said Dick Morris

Former Presidential hopeful Hillary Clinton is allegedly preparing to seek the Democratic nomination for President in 2024, according to a former Clinton political consultant on Sunday.

Former consultant for President Bill Clinton, Dick Morris, said the former Secretary of State is preparing to launch a third bid for President in 2024 by rebranding herself as a “moderate” Democrat to counter President Biden’s “open borders” policy.

“These are all signals that she is going to be the moderate candidate for president,” Morris told John Catsimatidis in a Sunday radio interview, per the New York Post. “She’s going to say after the election, ‘See, the left cost us the House and the Senate. If we stay with a left-wing candidate in 2024, we’re going to lose the White House. I’m the only one who will tack to the center and give us a chance at victory​.​’”

Morris claimed the former Secretary of State was planning on using the same campaign strategy he designed for Clinton to secure the Democratic nomination in 1992.

“Hillary is just dusting off Bill‘s playbook that I wrote for him and applying it herself this year,” Morris added.

So many other Americans — I happen to believe still the majority of Americans — are good-hearted and generous and when people end up on their doorstep in need, they’re going to respond. They’ll feed them and house them and the kids in the AP Spanish class will be let out of high school so they can go and translate. That’s the kind of American spirit that we try to celebrate at the Clinton Global Initiative … nobody wants open borders who has any idea of how government and countries work.

“But nobody wants inhumane, terrible treatment of human beings either,” Clinton continued, referencing Republican Governors’ recent moves transporting illegal immigrants to Democratic “sanctuary” cities. “What we should have been doing is to come together to reform change and better fund the system by which we deal with these issues. But some people, like [Gov. Greg Abbott] of Texas, would rather have an issue than be part of a solution.”

Morris previously said Clinton may be preferred over Biden in 2024 as fears over a far-left candidate’s nomination grow.

“Once Biden pulls out, the polling will show that the Democrats are leaning toward some crazy radical like Gavin Newson, Bernie Sanders. Maybe even AOC herself,” Morris said to Catsimatidis in a previous interview. “That’s going to drive the Democratic Party leaders to go to Hillary and say, ‘Hey look. Please run again. We need you to save us from the crazy left.”

Clinton’s first Presidential run proved unsuccessful against then-Illinois Senator Barack Obama, who went on to win the Democratic primary and defeat Republican Arizona Senator John McCain in the general election. In 2016 Clinton won the Democratic primary against Vermont Senator Bernie Sanders though she was ultimately defeated by Republican nominee Donald Trump in the general election. 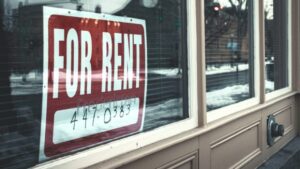 Evictions Are Surging Across the U.S.