Hillary Clinton appears to be trying to fundraise off of the FBI raiding former President Donald Trump’s residence at his Mar-a-Lago resort.

Shortly after the raid, the former Secretary of State announced that she is selling hats and shirts that say “but her emails,” referring to the massive scandal over her private server during the 2016 presidential election.

“Every ‘But her emails’ hat or shirt sold helps @onwardtogether partners defend democracy, build a progressive bench, and fight for our values. Just saying!” Clinton tweeted on Tuesday, along with an image of the hat edited onto a photograph of her when she was younger.

Onward Together is Clinton’s political action organization, with which she claims “to advance the vision that won nearly 66 million votes.”

That was fast—I’m told hats are now sold out.

In the meantime, know that we’ve got shirts, too. https://t.co/dhHPVVWxHghttps://t.co/CnYBzHQ0Cl pic.twitter.com/iv8tQOl1lz

In a follow-up tweet just a couple of hours later, Clinton asserted that the hats were already sold out and promoted shirts instead.

Roughly two hours after that, Clinton said that the “crisis was averted” and that the hats were already back in stock.

Hats are available for pre-order again.

Trump was raided by the FBI on Monday over allegations that he had taken classified documents from the White House, in violation of the Presidential Records Act.

Republicans have accused Democrats of “politicizing” the Justice Department and using the agency as a weapon against their rivals across the aisle.

“When Republicans take back the House, we will conduct immediate oversight of this department, follow the facts, and leave no stone unturned. Attorney General Garland, preserve your documents and clear your calendar,” McCarthy said.

“At a minimum, Garland must resign or be impeached,” Sen. Hawley tweeted. “The search warrant must be published. Christoper Wray [sic] must be removed. And the FBI reformed top to bottom.”

At a minimum, Garland must resign or be impeached. The search warrant must be published. Christoper Wray must be removed. And the FBI reformed top to bottom.

“Doing this 90 days before an election reeks of politics,” Sen. Lindsey Graham said on Tuesday.

In a statement posted to TRUTH Social during the raid, Trump wrote that “these are dark times for our Nation, as my beautiful home, Mar-A-Lago in Palm Beach, Florida is currently under siege, raided and occupied by a large group of FBI agents.”

Trump also brought up Clinton and her email scandal.

“Hillary Clinton was allowed to delete and acid wash 33,000 E-mails AFTER they were subpoenaed by Congress,” Trump wrote. “Absolutely nothing has happened to hold her accountable.” 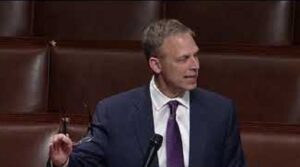