HHS Says All 1.2 Million Moderna Vaccines From WV Truck Crash Are Accounted For

The United States Department of Health and Human Services has told Timcast that all 1.2 million Moderna vaccines that were in a truck that crashed in West Virginia are accounted for and were not scattered from the truck.

The vaccines were being transported to Dulles Airport to be sent to Ghana.

A spokesperson for the West Virginia Center for Threat Preparedness, who was in charge of trying to recover the vaccines following the crash, told Timcast earlier in the day that they are no longer permitted to speak to the press about the incident because any investigation and press inquiries are to be handled by the Department of Defense. “The department took over,” they said.

Instead, the WV CTP referred us to the National COVID Response Press Secretary at the U.S. Department of Health and Human Services.

The Countermeasures Acceleration Group (formerly known as Operation Warp Speed) is run, in part out of DOD in cooperation with HHS and the Federal Emergency Management Agency (FEMA).

“A truck carrying 1.2 million doses of Moderna vaccine destined for Ghana had an accident on the way to Dulles airport. We understand the driver was taken to hospital but has since been discharged,” the HHS spokesperson said. “COVAX and its partner agencies wish the driver a full and speedy recovery and are working closely with the US Government to ensure disruptions to shipments of life-saving vaccines are as minimal as possible.”

Air traffic was shut down while Hazmat cleaning crews spent 21 hours in the crash area near Morgantown. The northbound side of the interstate was also closed for all traffic.

The truck had collided with a cement barrier and crashed near a waterway.

The Monongalia County Sheriff’s Office, Monongalia Hazmat Team, and Governor Jim Justice’s office all refused to answer questions from Timcast about the crash. 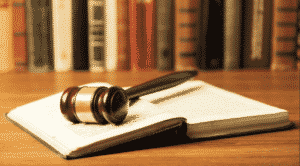