Here’s How New Yorkers Can Fight Back Against Medical Mandates

Without civil disobedience, racial segregation wouldn’t have ended. Now, citizens must practice non-compliance once again to destroy a different kind of tyranny

Earlier this month, New York City Mayor Bill de Blasio announced that proof of a COVID-19 vaccination will be required to participate in most forms of public life. Eating inside restaurants, exercising at the gym, and going to events have become a privilege that only vaccinated people will be able to legally enjoy.

“If you want to participate in our society fully, you’ve got to get vaccinated,” the mayor said. “The only way to patronize these establishments is with vaccination — at least one dose. The same for workers — one dose.”

According to the official NYC Health web page titled “Key to NYC,” people aged 12 or older are now required to show proof of at least one dose of a COVID-19 vaccination to eat anywhere with indoor dining, use any fitness facilities such as yoga studios or pools, or to enjoy entertainment like sporting events or concerts. When entering such establishments, people will be subjected to a check of their official vaccination cards or the NYC Covid Safe application. It’s rated for ages 17 and up, despite the mandate being in effect for everyone over 12. On the iOS App Store, the program has more one-star ratings than any other grade.

Unfortunately, this faulty app is not the only problem. In addition to trampling all over citizens’ rights, the vaccine passport mandate completely ignores religious and medical exemptions from getting the COVID-19 vaccine. The city hasn’t mentioned anything about how people who cannot receive vaccinations will be able to participate in society.

How Can We Fight Back?

Many people are understandably feeling hopeless in the face of tyranny. However, I believe that there is still a spirit of defiance lying dormant in enough Americans to fight back against government overreach just as we have done countless times before.

Sometimes, we forget that the only reason that Jim Crow segregation ended was because people broke the law and stood up to it. To get an idea of what disgruntled New Yorkers plan to do to fight back against these mandates, I spoke to New York Young Republican Club Outreach Chairman Fernando Acosta.

One of my major concerns has been that people might just comply with vaccine passports out of convenience. Many people simply can’t afford to give up their way of life to fight back against medical tyranny, which is certainly understandable. The government absolutely knows this fact and is taking advantage of it. I worried if that would make New Yorkers complicit out of necessity.

However, this isn’t the case for Acosta. When asked if he plans to comply with the vaccine requirements to participate in city life, he told Timcast, “No I will not. No business should interfere with the health status of a customer. At the end of the day, they should focus on making profit and not comply with policies that will create more nightmares for them.”

“We have to go out [and] make our voices heard across the city,” Acosta continued. “I’ve already started it with my club New York City Young Republicans by hosting a rally outside Gracie Mansion with the message of medical freedom; that it’s our body and our choice and the government doesn’t have any right to interfere with or mandate what’s in our bodies.”

It’s not a secret that the majority of black Americans are not vaccinated, considering all of the over-the-top campaigns and music videos directed at that particular demographic. In New York City, black Americans have the lowest vaccination rate, at only 34%. So, will the vaccine passports disproportionately affect minorities? I asked Acosta, who is of Afro-Dominican descent, what he thought about the racist impact of implementing these requirements to simply participate in public life:

“Well, the crazy part about this whole mandate that’s taking place in New York is that we are already at the herd immunity level across the city. However, as soon as data came out that black and Latino communities were not even at the 50% mark of vaccination, the mayor thought it was best to create this policy that will target more blacks and Latinos.”

Once again, I am reminded of our nation’s dark history of racial segregation and discrimination.

“People will call this policy fair [because] it’s to encourage them to get vaccinated,” Acosta continued. “If we go back to our history, the same party also had policies that made it impossible for a certain demographic to even vote. In other words, welcome to modern segregation in New York City. Looking forward to my own water fountain.”

Acosta is correct. Without people getting loud and defiant, we will be shoved back into the mid-20th century era of minorities not being allowed at the lunch counter. Except this time, the second-class citizen factor stretches beyond color and will affect anyone who values their bodily autonomy. Practicing non-compliance is the only way out of this. 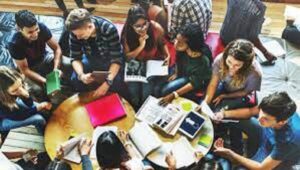