Half Ton of Cocaine, Worth $50 Million, Found In Swiss Nespresso Factory

The shipment, which appears to have originated in Brazil, is one of the largest seizures ever in Switzerland

This week, Swiss authorities seized more than 500 kilograms, or about half a ton, of cocaine estimated to be worth $50 million from a shipment of coffee beans delivered to a Nespresso plant.

Employees made the discovery at the Nestle plant in Romont, Switzerland, where the company manufactures the coffee pods for its popular Nespresso brand.

The Swiss authorities determined the substance was cocaine after closer analysis of the substance. Police searched an additional five shipping containers delivered on the same day and found more than 1,100 pounds of the illegal drug.

The Swiss authorities estimated the drug haul’s worth to be about $50.65 million.

In their investigation, Swiss authorities believe the shipment of coffee beans that contained the illegal substance originated in Brazil. They further believe the drugs were intended for the European drug market.

The local authorities in Fribourg said this was a monumental seizure for the area.

“The substance in question did not come into contact with any of our products or production equipment used to make our products,” Nespresso said in a statement issued to Yahoo.

“As a police investigation is underway, we cannot share more details. We want to reassure consumers that all our products are safe to consume,” said Nespresso. 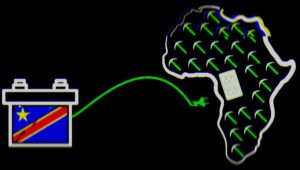