Half of Democrats and 70 Percent of All Voters, Say Inflation Is ‘Affecting Their Family Budget’

Half of Democrats and over 70 percent of all voters say that inflation is “affecting their family budget,” according to a recent survey.

Pollsters at iCitizen asked voters, “is the current rate of inflation affecting your family budget?” Majorities of 50.3 percent of Democrats, 89.9 percent of Republicans, and 77.8 percent of Independents answered “yes.”

Broken down by gender, male and female responses were nearly identical, with 74.5 percent of men and 74.6 percent of women saying “yes.”

Responses varied slightly more when broken down by race, with 73.9 percent of Whites, 68.8 percent of Blacks, and 68.1 percent of Hispanics answering “yes.”

“Clearly inflation is having a very broad impact across the country irrespective of who you are, how old you are, where you live, what your politics are, and the level of your education,” iCitizen’s report concluded.

iCitizen polled 1762 demographically identified respondents from December 15 through the 17th.

According to a recent report from Breitbart News, the nation is currently in the midst of the highest inflation rate since 1974, with a 9.6 percent rise in producer prices.

“When you look at goods that are processed by U.S. manufacturers for sale to other businesses, such as an appliance manufacturer selling to a retailer or a software maker selling to an digital game store, prices are up by more than 26 percent,” the report explained. 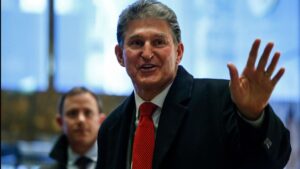