'This program will target support to lift individuals in this community up,' said Mayor London Breed

People who identify as transgender in San Francisco will be granted a guaranteed income as part of a new program launched by the city’s government.

The Guaranteed Income for Transgender People (G.I.F.T.) program was announced by Mayor London Breed on Nov. 16. The program will provide low-income transgender-identifying people with $1,200 per month for up to 18 months.

“Our Guaranteed Income Programs allow us to help our residents when they need it most as part of our City’s economic recovery and our commitment to creating a more just city for all,” Breed said in a statement, per Fox News. “We know that our trans communities experience much higher rates of poverty and discrimination, so this program will target support to lift individuals in this community up.”

At least 55 people over the age of 18 will be selected to take part in the pilot program.

Interested candidates must apply by Dec. 15. Qualifications include identifying as “transgender, nonbinary, gender nonconforming, or intersex,” earning less than $600 a month, and being “willing and able to complete a survey upon enrollment and every 3 months after,” per the G.I.F.T. website.

Those selected for the program will receive their monthly payments in a debit card that will be funded each month and they will not have to report their spending. Selected applicants cannot make more than $4,000 a month while enrolled.

San Francisco currently offers “basic income for Black and Pacific Islander mothers and pregnant people during and after pregnancy” through the Abundant Birth Project which launched in 2020. Those enrolled in the program receive a monthly payment of $1,000, per Fox 2.

In May of 2019, Breed proposed using $2 million for housing subsidies for transgender and gender non-conforming people as part of an overall $3 million investment in transgender initiatives and LGBTQ services.

“Transgender and gender-nonconfirming San Franciscans are almost 18 times more likely to experience homelessness than the general population in our City. Housing subsidies for our City’s trans community will help individuals remain housed and will provide a much-needed safety net for those who are at risk of homelessness,” said the mayor in a statement.

Other cities in California have considered similar initiatives to provide money to transgender residents.

In March, the Palm Springs City Council allocated $200,000 to two local nonprofits to establish payment programs for “members of the marginalized demographic living in the city,” according to Newsweek.

“The two nonprofits will look for philanthropic dollars to fund the program,” reported the outlet. “Additionally, they’ll look at ways to tap into a $35 million fund created by California lawmakers to provide monthly payments to pregnant women and young adults who’ve recently left foster care.”

Transgender and non-binary residents were set to receive $900 a month once the program launched. 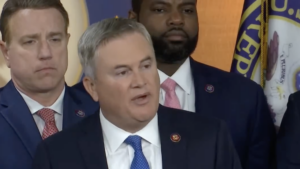